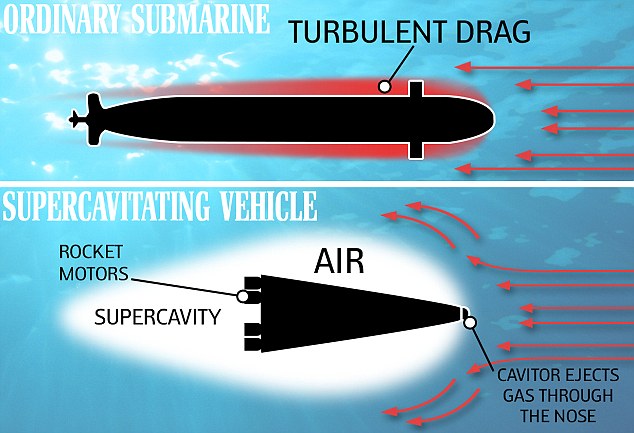 Any swimmer knows how difficult it is to move in the water due to the large resistance of the aquatic environment and for submarines it has long been a pressing issue. However, conducting research in the interests of the U.S. Navy scientists say they have found a simple solution – in the form of air bubble.

Researchers from the Laboratory for applied research, Penn is developing a new system using the technology supercavitation.

The idea is based on a Soviet design during the cold war.

If supercavitation submerged object enveloped by a bubble of air that avoids the problems caused by the resistance of the water column.

Soviet supercavitation torpedo “Squall” has a top speed of 370 km/h and more – making it much faster than any other torpedo.

Theoretically, the effect of supercavitation allows you to achieve underwater speed of sound or about 5, 800 km/h.

This will allow for TRANS-Atlantic underwater crossing in less than an hour, and for a Transpacific journey this time will be about 100 minutes.

However, there is a strong shaking – but the problem the researchers were able to solve it.

“Basically, supercavitation used to significantly reduce drag and increase the speed of a body in the water,” said scientist Grant Skidmore involved in design of aerospace equipment. — Sometimes, however, these bodies can be closed in a bubble in a pulsing mode.

In order to create a bubble around the hull, air is fed from front to rear, covering the entire object.

Sometimes the bubble collapses, exposing a portion of the housing exposed to an aqueous environment.

Periodic expansion and contraction of the bubble, known as the surge, leads to an unstable effect.

“Reduction and expansion of the bladder have negative consequences, — said the expert on acoustics Timothy Brungart. We first calculated the solution of this problem on paper, and then conducted experiments”.

The ideal effect of supercavitation is reached when the gas bubble is formed, covering the whole body of the object, and breaks behind, scattered without any pulsations.

The researchers decided to use a water tunnel with a diameter of 30 cm to check their analytical calculations. 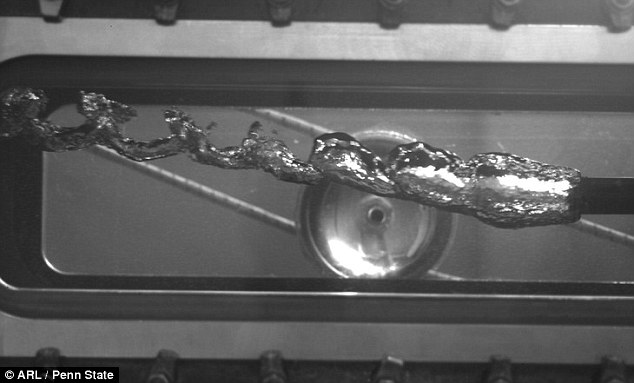 They found that, as soon as there is pulsating supercavitation, they could in some cases by regulating the supply air flow, to stop the pulsation.

In China also been developing a supersonic submarine that will be able to make the transition from Shanghai to San Francisco in less than two hours.

However, the Professor of hydraulic engineering If FinCEN acknowledged that on the way to supersonic underwater travel, there are still many problems.

For this it is necessary to design a powerful underwater rocket engine.