The effect of the “sinister valley” was tested on macaques 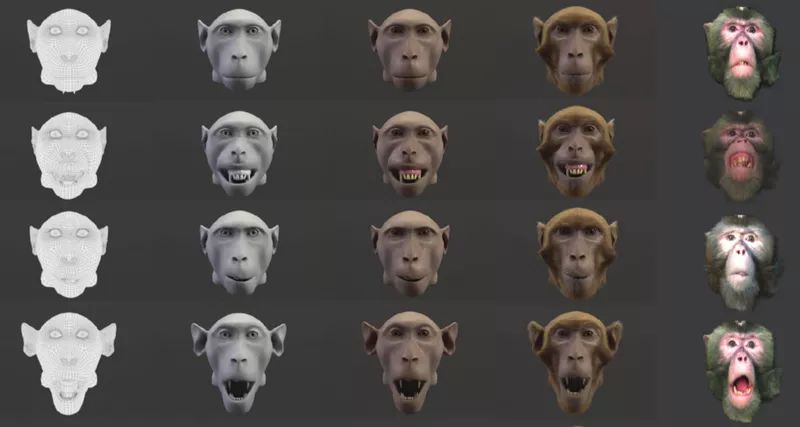 Neuroscientists at the University of Tübingen found out how macaques perceive monkey avatars of varying degrees of realism.

The more the robot resembles a person, the more sympathy it causes, however, too humanoid robots begin to cause unpleasant feelings. This effect was discovered in 1978 by the Japanese robot scientist Masahiro Mori and was called the “sinister valley” – due to the characteristic “failure” on the graph of sympathy.

Scientists have already faced with the negative reaction of monkeys to realistic artificial images, but the Tubing neuroscientists decided to thoroughly study the effect of the “sinister valley” on macaques.

Eight experimental animals demonstrated video images of relatives, as well as realistic computer avatars with facial expressions animated based on the movements of real monkeys. These avatars were of four types – the most realistic with hair and detailed features, without hair, black and white and contour.

As a result, it turned out that macaques quite normally perceive the most unrealistic and most realistic avatars. Moreover, animals reacted to a realistic avatar with facial expressions similar to the one they showed while watching the video image of a real monkey. As for the contour avatar, according to scientists, macaques did not perceive it at all as a monkey or something similar to it.

However, the experimental subjects refused to look at the other two avatars – hairless and black and white, and at the same time, the monkeys showed increased physiological arousal and signs of negative emotions close to fear. That is, these avatars caused a reaction in the monkeys, similar to the reaction of people to too realistic robots.

The authors of the study are sure that the results of their experiment, firstly, confirm the evolutionary origin of the “sinister valley” phenomenon, and secondly, show that this effect can be overcome by increasing the degree of naturalism. That is, the effect is associated not with high realism, but with certain deviations from the norm – in the experiment, these deviations were the absence of hair and color on two of the four avatars.