The effectiveness of measures to combat hunger depends on the weather 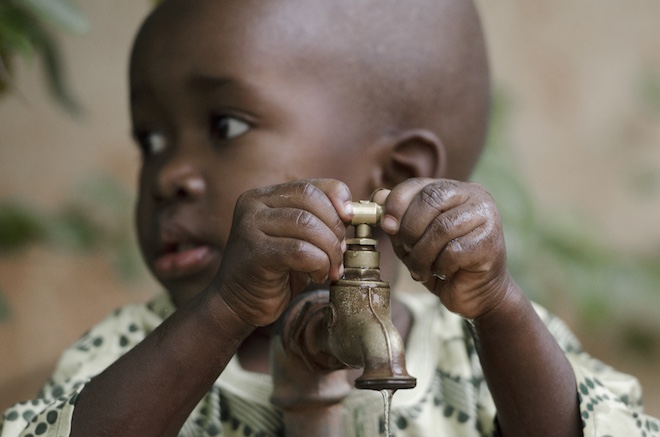 Excess or lack of rainfall is often the cause of poverty and hunger among vulnerable groups. In the new study, the relationship between food risks among small farms in Africa and Asia, precipitation patterns and a variety of factors, from agricultural resources to farming practices and financial support, has been analyzed for the first time on a large scale.

Small farms are small farms with limited resources, which depend on the working class and crops. In the world, there are 460 to 500 million small farms that grow 80% of the food consumed in low-income countries.

The study examines the experience of about 2,000 small farms in 12 countries in West Africa, East Africa and Asia.

“The main conclusion is that one strategy is hardly applicable to all territories. Understanding the climate context is important in determining which measures can be most effective, “says lead author Meredith Niles of the University of Vermont (USA).
The farms were divided into three categories: those that received less rainfall this year than the previous year, those that received average rainfall, and those that received more than average.

As was to be expected, the driest farms experienced a shortage of food on average 3.81 months during the study period, the second-class farm – 3.67 months, and the third – 2.86 months. “The study confirms that the lack of food security is a widespread problem in these areas,” Niles said.

It was found that various factors correlating with better food safety are statistically related to the amount of precipitation. For farms with dry land conditions, financial support – cash from other enterprises, loans or cash – more often correlated with improved food security.
For more wet farms, agricultural resources and practices, including the use of pesticides, fertilizers, veterinary medicines and livestock, were most correlated with increased food security.

For farms with an average rainfall, both strategies proved effective.

“Water is a fundamentally limiting factor. If you do not have it, then the agricultural effort probably does not matter. All you need, at least in the short term, is money, “Niles explained.

According to the study, the availability of fertilizers was one of the constants that helped farmers reduce the level of food risks, regardless of the amount of rain that they received.
Microfinance

The study confirms the effectiveness of microfinance strategies that have been implemented to help farms in Africa and Asia, and at the same time warns that they can not be equally effective for all small farmers with crop problems.

“We do not observe a significant effect on financial strategies in more humid households in the short term. But these strategies are especially important when drought or reduction in rainfall affects crop production and income sources, “says the author.

The question of the effectiveness of measures is especially important in the context of climate change, scientists emphasize. “Most small farms rely on rain, so they are vulnerable to climate change, which is likely to lead to increased variations in rainfall. Our work assumes that, in the absence of appropriate measures, future climatic conditions can increase food risks. ”

Two sets of data were analyzed in the study: a survey of small farmers by the experts from the Climate Change, Agriculture and Food Security Research Group (CCAFS) and 30-year rainfall data for households with different locations , which was determined using the GPS coordinates.

According to the Food and Agriculture Organization of the United Nations, food security exists when all people constantly have physical, social and economic access to sufficient, safe and nutritious food that meets their dietary needs and dietary preferences for active and healthy living.