The evolution of mankind was governed by the viruses 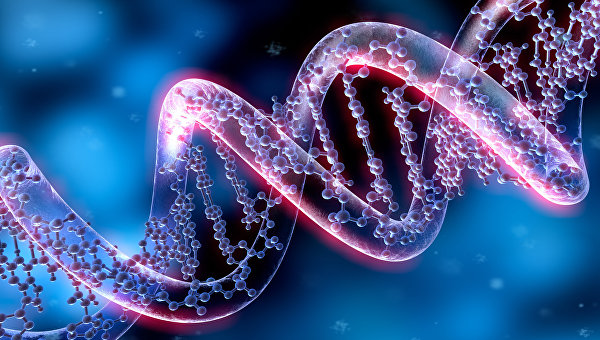 A leading, if not the main factor in the evolution of people could be infected with viruses – researchers found that about a third of human proteins that distinguish us from apes, is of viral or antiviral nature.

“When the animal population is epidemic in some point of their evolution, or it adapts to the infection, or dies. We know what happened with humanity, but we are really surprised how much this phenomenon has been observed in our evolution, and how clear was the pattern of the changes that has left us with viruses. With such we face for the first time,” said David Henard (David Enard) from Stanford University (USA).

Enard, and his colleagues found that the virus drives our evolution in fact, since the separation of humans and chimpanzees, our closest relatives, studying the structure of almost 1.3 thousand proteins that are somehow reacted to the appearance of virus in the body, connecting or interacting with their proteins and genetic material. These proteins and related genes, the researchers were not necessarily part of the immune system – most of them responsible for the work of other functions of the cells and body.

As the scientists explain, they were interested in how different pathogens, embedded in the genome or alter his work, can influence the evolution of individual species, genera and families of animals. To answer this question, the group Anarda compare how strongly different genes containing instructions for the Assembly of these viral proteins in the DNA of humans, chimps and other mammals, as well as changed the remaining genes that are not associated with viruses.

This large-scale analysis revealed an amazing thing – it turned out that the proteins and genes associated with the reaction to the presence of viruses was varied three times faster than other areas of the genome and proteome. This means that viruses have been one of the main factors in the evolution of humans and other mammals, which in our case is responsible for approximately 30% of the changes that have occurred in our genome since the split of the ancestors of humans and chimpanzees.
The brain of the embryo of the mouse is noticeably more than usual because of the transplantation of human garbage

“We all wonder how evolved we and all other organisms on Earth, and those things and circumstances that made us human. The discovery that our eternal war with the viruses formed virtually all parts of our body – not only a handful of proteins that fight infections, and everything – is a stunning revelation to us. Life is fighting and coexist with viruses for billions of years, and our work shows that this coexistence has affected all parts of the cell,” concludes Dmitry Petrov, a colleague Anarda.