The existence of a time machine was proved mathematically 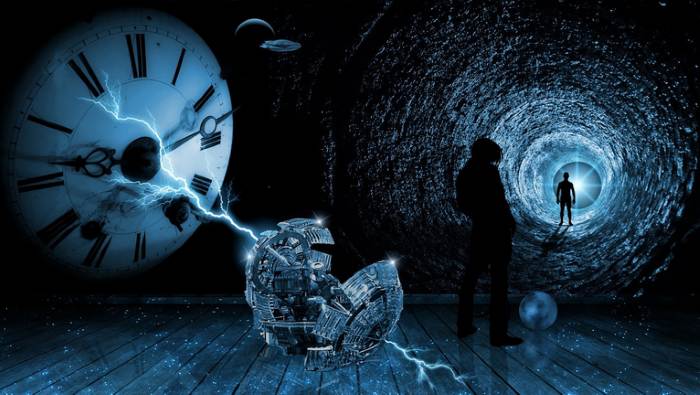 Scientists from the United States and Canada created a mathematical model of a time machine. According to experts, it is a “box” or “bubble”, which allows the passengers inside it to move to the past and the future. The machine itself must move along a circular trajectory passing through space-time.

According to the theory of relativity of Einstein, in our Universe it is possible the existence of closed timelike curves (English closed timelike curve, CTC). They can be formed only if the space-time continuum curves in a special way, forming, for example, wormholes. If you move along these curves, you can travel to the future and the past, then returning to the starting point.

Various conditions were invented under which the STS may occur, but in each case, time travel is impossible. Stephen Hawking proposed the hypothesis of the security of chronology, which states that the attempt to create closed timelike curves should necessarily lead to the appearance of a black hole. Nevertheless, the authors of the paper believe that the existence of STS is possible, to which these restrictions do not apply.

The scientists proposed a mathematical model of the time machine, called TARDIS (English Traversable Acausal Retrograde Domain in Spacetime). In its operating principle, it resembles the Alcubierre bubble, which allows the spacecraft inside it to reach a superluminal speed. However, the TARDIS must move along a closed curve so that people in it experience constant acceleration. At the same time, the external observer will see two versions of the travelers inside the bubble: for one time it flows normally, and for the other – in the opposite direction.

Although the existence of a given time machine, in the opinion of researchers, is theoretically possible, it remains unknown how the space-time can be warped.