The existence of an ancient microcontinent Maurice 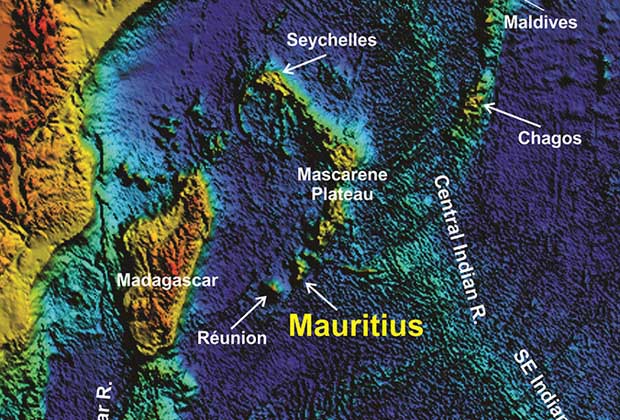 Geophysics from South Africa, Germany and Norway have provided direct evidence for the existence in ancient times in the Central part of the modern Indian ocean as a microcontinent Maurice, which combines the North-Eastern part of Madagascar, Mauritius island, the largest submarine Bank saya de Mallia, the Islands of cargados carajos and the southern tip of the Indian subcontinent.

Mauritius island located in the Western part of the Indian ocean and belongs to the Republic, the former at different times a colony of Portugal, the Netherlands, France and the UK. Area of this plot of land is comparable with Moscow, with a population of approximately 1.2 million people. Geophysics unanimous in the opinion that it originated about nine million years ago from cooled lava of underwater volcanoes that were put on the surface of the ocean.

Thus was formed the many Islands of the planet, in particular the Hawaiian, Canary island and Kuril. The largest volcanic island is Iceland, which originated in the region of the diverging North American and Eurasian lithospheric plates. Mauritius was formed somewhat differently, therefore the island nation last twenty years is of special interest among geoscientists who study the history of ancient Earth.
In 1999, Geophysics found in the Sands of Mauritius zircon.

Done uranium-lead method of Dating has shown that the mineral from 660 million to two billion years. As the ancient zircon was on the relatively young island? Scientists assumed that the detected samples was part of the ancient land, have gone under water, but the flow of magma from the eruptions of underwater volcanoes made of mineral particles on the surface of the planet .

According to scientists, approximately a few tens of millions of years ago there was Maurizi is a small island, the microcontinent, the area occupied would be about the fourth part of modern Madagascar and even earlier, about a billion years ago, which was part of Rodinia — a supercontinent that included a including modern the Indian subcontinent and Madagascar.