The existence of full rubies and sapphires of exoplanets is predicted. 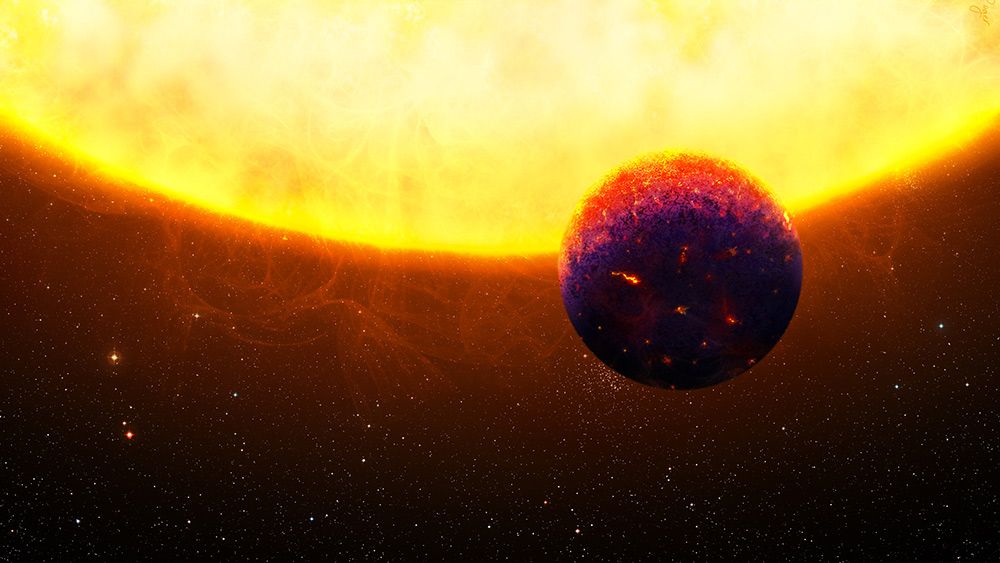 The super-earth planets formed too close to their star may contain an aluminum-calcium core and bark covered with precious stones.

Planets are formed around a young star from the cooling remnants of its gas and dust cloud. Under the action of centrifugal forces and gravity, matter in this cloud separates: heavier and more massive elements are closer to the star and give rise to relatively small rocky planets like Earth or Mars, and light ones form gas and ice giants such as Jupiter or Uranus. Most of the known exoplanets of the super-earth class, and indeed the Earth itself, were formed in areas rich in iron and silicon, which account for most of their mass.

However, calculations made by Caroline Dorn (Caroline Dorn) and her colleagues at the University of Zurich and Cambridge showed that in some of the hotter areas of the protoplanetary cloud, planets rich in calcium and aluminum, also containing magnesium and silicon, but almost free of iron, can form. Their core can not create a global magnetic field, otherwise the cooling of such planets occurs, otherwise the atmosphere behaves.

All this allows scientists to talk about the selection of a separate class of super-earths, formed in the hot proximity of a star and containing an aluminum-calcium core. In an article published in the journal MNRAS, scientists showed that the density of such planets should be 10-20 percent less than the density of the Earth, and examined several known exoplanets with suitable properties. Precisely coincided with them HD219134 b super-earth, located in the constellation Cassiopeia, 21 light-years away.

It rotates extremely close to its star, making a full annual turnover in about three of our days. Therefore, its abnormally low density can hardly be associated with the presence of a vast ocean: the liquid here would have evaporated long ago. “It is possible that it sparkles with scarlet and blue, rubies and sapphires, because these precious stones are derivatives of aluminum oxide, ubiquitous on this planet,” says Carolyn Dorn.