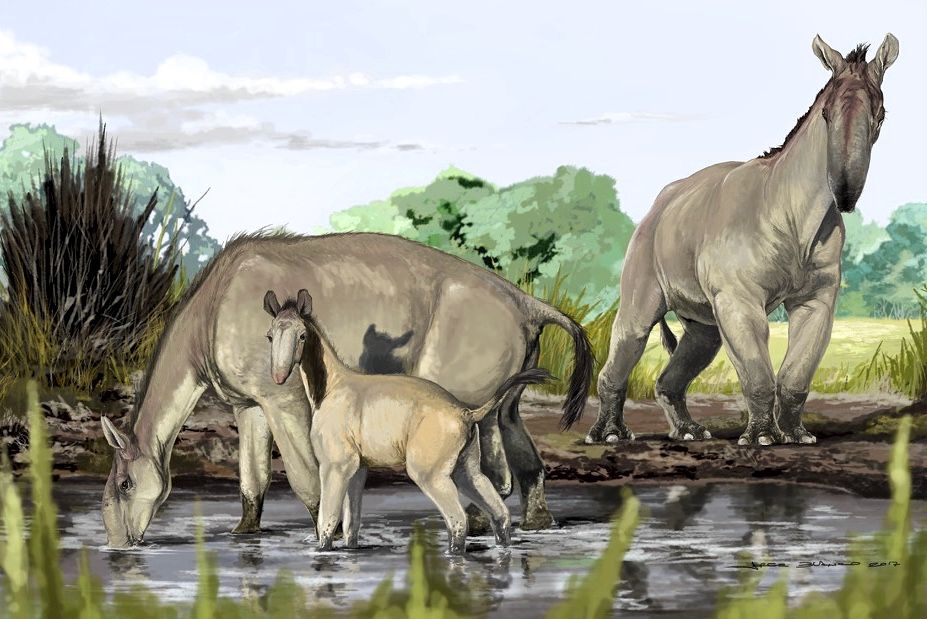 What is happening today with the Earth’s biosphere, many scientists already boldly call the “sixth mass extinction.” Under the influence of human activity, environmental changes occur so rapidly that the natural mechanisms of evolution cannot keep pace with them. And if humanity does not take the most radical measures, in half a century the changes will become critical, and the restoration of nature will take at least three to five million years: not too long for the planet, but for us it is alarmingly far. Such figures are called scientists from Sweden and Denmark, whose article was published in the journal PNAS.

Matt Davis of Aarhus University and his colleagues used information from databases of modern and extinct mammals during the existence of our species. The authors note that the disappearance of different species can have different consequences in terms of biodiversity: for example, the death of one dog species will not greatly affect even this family, but the death of South American macrauchenia, exotic ungulates, closes the whole window of possibilities for further evolution and the whole potential branch on “Tree” of mammals.

So, the extinct representatives of the Paleolithic megafauna – mammoths, giant sloths, and so on – until recently played a huge role in various biocenoses. Today they have disappeared, their relatives are few, and in the foreseeable future there is simply no one to take their place. “There are hundreds of species of shrimp, and they will survive another extinction,” adds Matt Davis. “But there were only four species of saber-toothed tigers, and they all disappeared.” 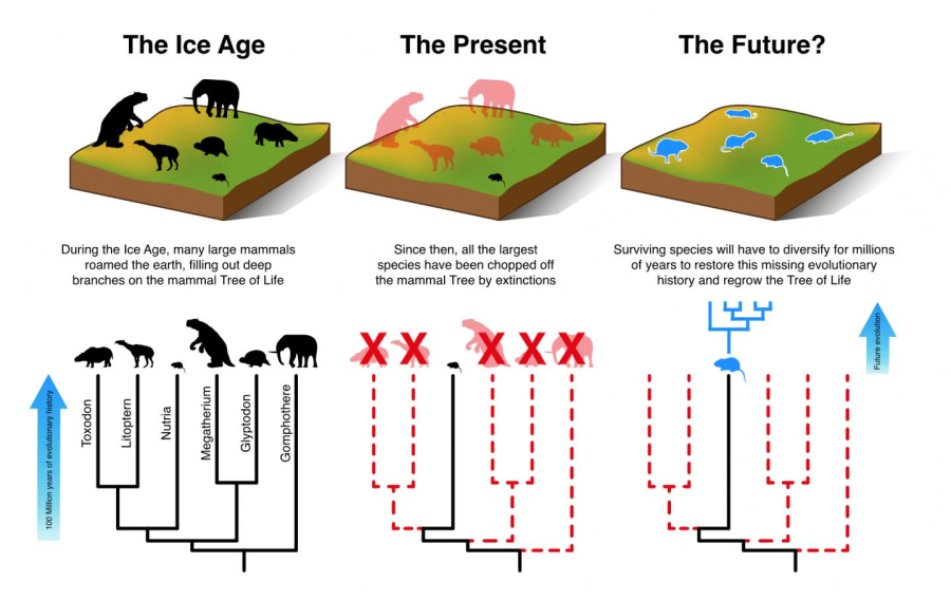 Even during the last ice age (left), a large variety of large mammals existed on Earth, almost all of which have disappeared by our time (in the center). It takes millions of years for survivors to adapt, change, and occupy vacant niches (to the right) —this is a time that they probably already have not left. / © Matt Davis, Aarhus University

The position of modern large mammals is particularly difficult. Many species risk disappearing in the next 50 years. The probability of extinction of Asian elephants (one of only two species that survived to the present day) to the end of the XXI century is estimated at 33%. Judging by the results of the calculations of Davis and his co-authors, it will take at least three million years to restore all branches of mammals that will disappear in the next 50 years, and already five million will be needed to restore the megafauna of the Ice Age. “It’s much easier to protect biodiversity today than to restore it later,” adds Matt Davis.