The “Eye of Sauron” was found in the Indian Ocean 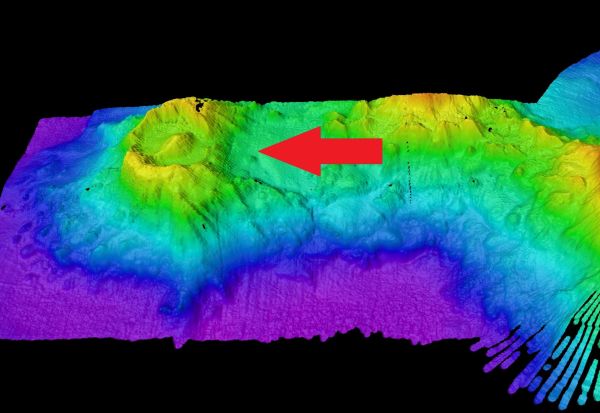 Australian scientists were exploring the bottom of the Indian Ocean when they stumbled upon the huge caldera of an underwater volcano. In shape, it resembles the famous symbol of the kingdom of Mordor from the Lord of the Rings trilogy by John Tolkien. That is why the volcano was named “Eye of Sauron”.

The find is located at a depth of 3100 m, 280 km southeast of Christmas Island. Scientists discovered the volcano by accident, a powerful sonar helped in this. It allowed “to see” a rimmed crater and a cone-shaped peak in the center – both 300 m long.

To the south of the Eye of Sauron, scientists have discovered a small sea mountain covered with numerous volcanic cones and a large flat-topped seamount. It seems that the researchers decided not to deviate from the theme of “The Lord of the Rings”, so they named them Barad-dur (“Dark Fortress”) and Ered Litui (“Ash Mountains”), respectively.

The Eye of Sauron, the Dark Fortress and the Ash Mountains are part of the Karma seamount group, which are more than 100 million years old. They formed near an ancient sea ridge at a time when Australia was much farther south, near Antarctica.