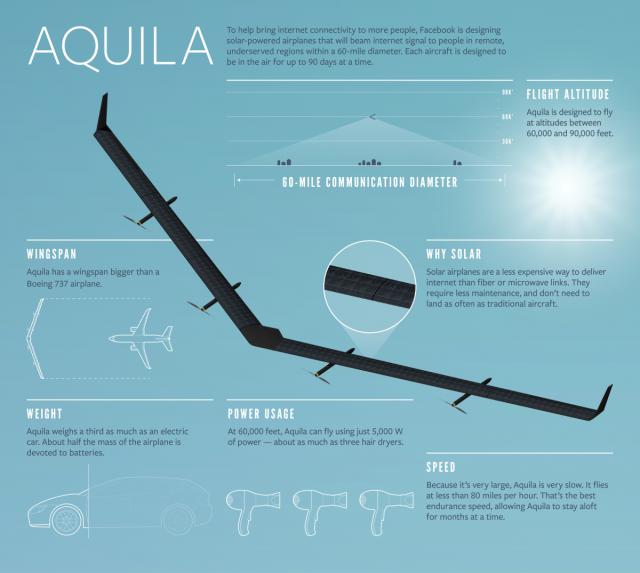 The Aquila drone company Facebook, which has been in development for two years, made its first flight. This was reported in the company blog. The launch took place in Arizona on 28 June 2016, but the nature of the test the representatives of Facebook said just now.

The UAV is designed to provide Internet access in remote areas of the planet. Aquila will perform over a certain place circles with a diameter of 100 km at a height of more than 18 km. Exchange of information the drone will carry a laser communication system and transmitters that use millimeter waves.

Wingspan of the device is comparable to the wingspan of a large passenger plane. The UAV will be economical. It will consume as much energy as three hair-dryer. Previously, the company has already conducted tests reduced to five times the copies of Aquila. The new launch was the first for a full-size prototype.