The facts about supervolcanoes 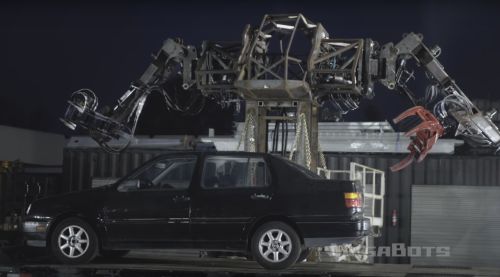 The one and only supervolcano is capable to release at eruption into the atmosphere more than 1000 cubic kilometers of the heated gases, dust and a lava. It approximately in one thousand times more, than the most powerful eruption of a usual volcano recorded in the history of mankind. On average supervolcanoes are thrown up time in 50−60 thousand years, and at the moment we can make nothing to prevent it. Only to wait, observe and collect information.

Eruption as doomsday. Supervolcanoes are formed when because of existence of the extensive underground tank with a lava crust begins to burst, and the lava rises, filtering through her. It is extremely difficult to trace this phenomenon, and his consequences can be catastrophic. Eruption on the land will cause long “volcanic winter” which biospheric accident will follow – it is and has occurred in Siberia 235 million years ago before mass Perm extinction during which 70% of land vertebrata and 96% sea have died. Underwater eruption will start a series of terrible tsunami, and filling of the atmosphere with a huge amount of water vapor will lead to abnormal heavy rains and floods.

Pyroclastic stream. Some eruptions form the heated mix of gases, ashes and stones rushing on a volcano’s slope with a speed up to 700 km/h. Pyroclastic stream at eruption of Vesuvius in the 79th year became a cause of death of people in Pompeii. In a supervolcano there are no slopes, but streams all the same will begin to extend, burning out and turning into a lava everything on the way. Any life forms which haven’t come under fire will die from poisonous gases.

Volcanic winter. What is volcanic winter? Actually the same, as winter nuclear. When tons of gases and ashes are released into the atmosphere, in a stratosphere the “screen” from a sunlight closing the most part of the planet is formed. After the last eruption of Yellowstone which has occurred 640 thousand years ago lasting month temperature on Earth has dropped by 10 degrees the next one and a half years, and after 20 more years everything fell back into place. Eruption of a supervolcano can kill millions of people, but his consequences — billions.

Caldera Ira, Kyushu, Japan. One of calderas of supervolcanoes known to us formed about 22 thousand years ago is located in the south of Japan, on the island of Kyushu. In her center there is Sakuradzim’s volcano, and also the large city of Kagoshima with the population in 600 thousand people. Sakuradzima — an active volcano, but his eruptions almost don’t threaten the city. In case of awakening Ira, most likely, will die all population of Japan.

Taupo’s caldera, Northern island, New Zealand. Taupo’s supervolcano has presented to the world two most powerful eruptions. The first — eruption of Oruanui — became 26500 years ago the largest for the last 70 thousand years, having covered with a volcanic ash all New Zealand and considerably having changed a land relief. The second — eruption to Hatepa — happened relatively recently, around 180 AD. The pyroclastic stream has crept away on 90 kilometers around a caldera, and height of an eruptivny column has reached 50 km. Echoes to Hatepa have been noticed in China and even Rome.

Caldera of Toba, Sumatra, Indonesia. The owner of one of the world’s largest calderas — 1775 square kilometers — a volcano of Toba the last time was thrown up 75 thousand years ago. Many scientists are sure that consequences of this eruption have destroyed the most part of people on Earth (being at that time in Africa), having left in live only couple of thousands and having forced mankind to pass through “a bottle neck” of a gene pool. Recent researches, however, call this theory into question.

Valles-kaldera, New Mexico, USA. Rather small caldera 22 kilometers wide was formed about 1.7 million years ago on the place of a caldera of Toledo, having taken her place. After that Valles-kaldera was thrown up still twice, having thrown out more than 600 cubic kilometers of magma on a surface. The last eruption has happened 50−60 thousand years ago, but it wasn’t allocated with scales in comparison with previous.

Flegreysky fields, Naples, Italy. Naples always lived in a shadow of Vesuvius which has wiped out Pompeii once. But on the other side of the city there is a caldera of Flegreysky fields of 20 square kilometers. Two large eruptions have happened 47 and 36 thousand years ago, two more, it is less — in the period of the contemporary history, in 1158 and 1538. The second has created a slag cone of Monte-Nuovo. In 2013 a series of tremors has unnerved residents of Naples, but as a result everything was.

Long-Velli, California, USA. The huge caldera about 350 square kilometers is near border of the State of Nevada, to the South from the lake Mono. The largest eruption has happened 760 thousand years ago therefore in the atmosphere has got to 3 thousand times more volcanic gases, than at eruption Saint Helens in 1980. In the same the 1980th a series of earthquakes has raised a caldera on 25 centimeters, and the released poisonous gases have begun to kill nearby vegetation.

Yellowstone, Wyoming, USA. Not all tourists visiting the Yellowstone caldera know that they go on one of the most terrible threats to mankind. The caldera is formed by all park and vicinities — 4 thousand square kilometers! In her Tokyo quietly could be located. The last eruption of Yellowstone has spread with ashes over the most part of the USA 640 thousand years ago, and there is a chance that soon there will be new. Inevitable decrease in temperature because of volcanic winter, and then heating of the planet because of greenhouse effect as it was during mass Perm extinction will follow.