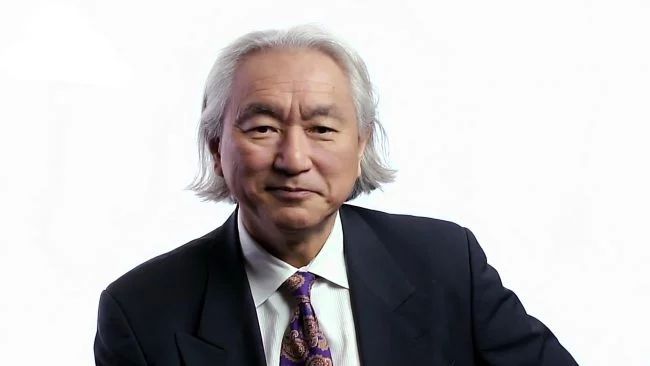 Speaking at the World Government Summit in Dubai, an expert in theoretical physics, the famous popularizer of science, as well as the author of many popular science books, Mitio Kaku led a discussion of a topic that will affect us (we mean all humanity) in the next 20 years . It was about changes: those things and technologies that will change our lives, entering almost every aspect of it.

The beginning of these changes has already been made. We can observe how scientists and engineers make a regular revolution in the development of artificial intelligence, space flights, medicine and biology every day, getting closer to the universal basis of our life – DNA. The development of science and technology is certainly inspiring, but the pace with which it occurs can create a certain level of anxiety for some. Moreover, according to Kaku, in the next twenty years everything around will become even more confusing.

Everything from the toilets, capable of performing chemical analysis right on the go and giving recommendations on the reduction of certain substances in the body, and ending with the walls that will talk with us-Kaku described both the beautiful, a little frightening and to some extent even a comical picture of the world of tomorrow.
Life 2.0
Kaku began by saying that time will change everything. Including our language, which will evolve with technology. What does it mean? For example, this means that over time, the word “computer” may disappear from the use of human speech. No, of course, the word itself will remain, but we will lose the importance of the term itself. In some countries, Kaku says, the word “computer” will disappear from use, because these devices will become truly ubiquitous. In the world there will be no things that by themselves will not be computers. Everything will be computerized.

The scientist continued the topic of how 3D printing technologies will change the quality of our life.
“We’re talking about a new world. The world, where everything you can imagine, you can create yourself, “Kaku commented.

He described the world in which we can print a new pair of shoes, ornaments, or any other thing in our wardrobe. If your child wants a new toy, you do not have to follow her to the store. All you need is to go online, download the design you like, download it to your computer, and then print it on a 3D printer in the next room of your house, which, incidentally, may also be printed using a 3D printer , only bigger size.

By the way, at home. Our dwellings will cease to be just dwellings. They will become tools. Computerized, “live” tools. And we will communicate with the wallpaper. Yes, with wallpaper. Do you doubt?

“In the future we will have” clever paper “. This paper will be able to show us absolutely any information on our request, just like the screens of our today’s computers. We will communicate with the walls. And not only we, but they are with us. The architecture of our homes will change so much that our ordinary walls will become our smartphones, laptops and huge TV screens. ”

Imagine yourself sitting in a room and talking loudly not only with all the things that surround you, but still at this moment located inside the most remote corners of the digital world. Nevertheless, for some it may seem depressing and cause a sense of loneliness. But such is the world of the future that awaits us.

In our access, technologies will appear that will help us to establish contacts with other people in other parts of the world. Kaku noted that such tools will allow you to share your thoughts and ideas with people whose language you do not even know.

“You will be able to communicate in any language. In this, your contact lenses will help you translate and reproduce the text written to you directly on your retina, “commented the popularizer of science.

Want to cool off and go somewhere? Regardless of where you are going – far or not – you will no longer need your own car. And you will not have a driving skill either. You will be driven by cars. Independently. Self-managed. In addition, you can travel light, since you need more things to take with you. All you need can be printed on a 3D printer right on the go.

We are approaching a future in which socio-economic relations will be completely different, Kaku said.
“We are building the so-called” ideal capitalism, “in which the concepts of intermediaries and all the negative aspects of ordinary capitalism will be absent. The winner in this will be the society, the losers are the mediators, the third parties. Birzheviki, “Kaku said.

The last issue of the discussion was about ourselves.
“Artificial intelligence will be able to bring victory for us over what no king and no queen of the past could conquer-the aging process. Over time, we all grow old and die. The old causes errors in the work. Once we can use AI to compare the millions of genes of old people with millions of young people’s genes, we can determine where and how the aging process begins. And then just eradicate it. ”

The picture of the future, you must agree, promises to be attractive. But is it really so? It’s difficult to answer this. It looks all tempting, but let’s return to this issue in 20 years.