The female orangutan learned to use a saw 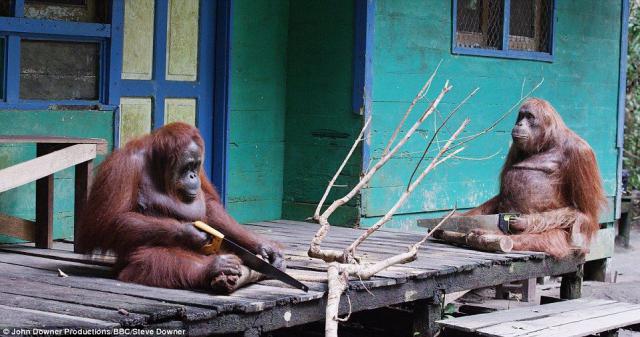 The BBC showed footage from the “Spy in the Wild”, which demonstrated the ability of the orangutan to use a saw. The video shows a female that has learned to handle the tool from the local builders.

She held the saw in his right hand, sawing the branch. When she saw close by the robotic orangutan that was set near her, she began to work even harder to stay ahead of your competitor. 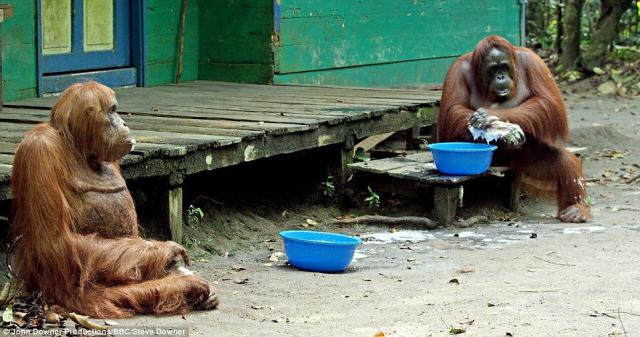 The scene was filmed in Borneo. The documentary also managed to shoot the female orangutan chews the bark of the tree, soaking it with saliva. The result was a consistency that’s similar to soap, which the female then rubbed his hands, and then used a lot in food.