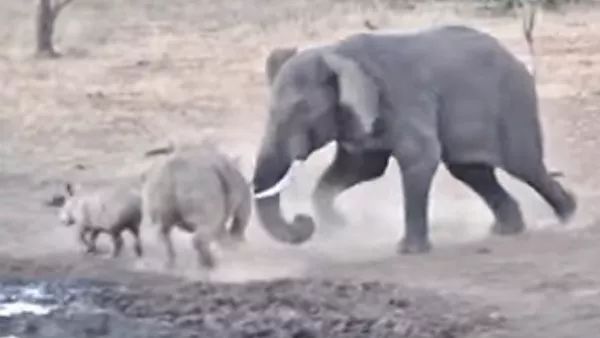 A fight between a rhino and an elephant in the Kruger National Park in South Africa got on video. Images of animal fights are published on the reserve’s YouTube channel.

The record shows how a rhino with its cub stand at a watering hole when an elephant begins to approach them. The rhino mother did not like the presence of the intruder, and she went on the attack.

A rhinoceros cub fell at once between the elephant and the parent, but he quickly managed to get out and run away to a safe distance.

After the fight, the elephant began to pursue the rhino and its offspring, but they managed to escape from it.