The first animal cells could be a virus 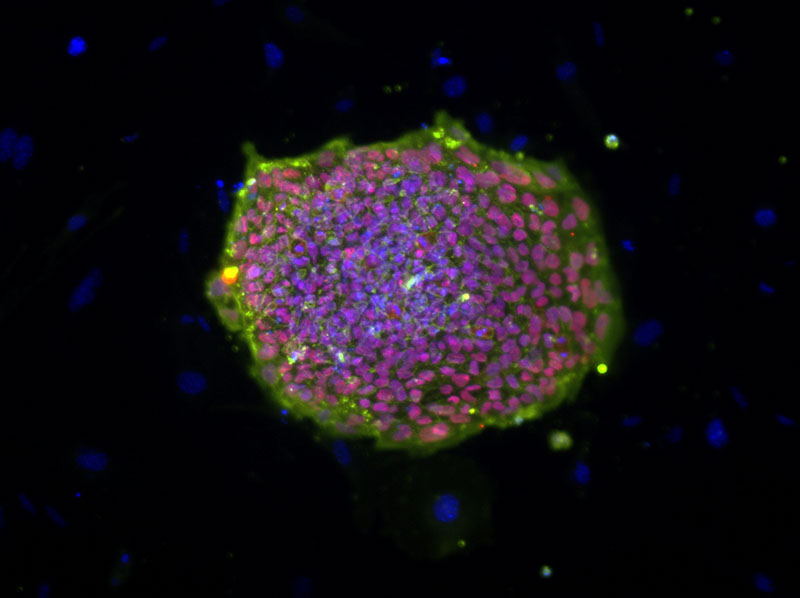 When a virus infects a living cell, it hijacks and preprogrammed the cage, turning it into a factory for the production of the virus. Scientists from the University of California first discovered, how serious could it be reprogramming: the cells of bacteria effectively transformed into animal or plant cells. Perhaps it is so appeared the first cells of complex organisms.

The study shows that when the virus intercepts the bacterial cell, it quickly destroys the normal structure of cells, including DNA. Then he builds new structures that are strongly reminiscent of the cores found in the cells of animals, humans and plants. This kernel represents the genetic control center cell is such a “higher” forms of life, but never previously found in the bacterial cell. This suggests that the higher the cells could primarily occur in the process of ancient interactions between bacteria and viruses.

It is known that viruses introduce their genetic material into the cell carrier that the viral DNA uses to reproduce. Eventually the cell bursts, releasing new intact viruses, which can infect other cells and start the process again.

A California research team has published in Science an article in which she described how viral proteins tagged with fluorescent markers. Then she was able to use a video microscope and see in real time what was going on inside the bacterial cell carrier as the progression of viral infection.

The origin of complex cells

Despite extensive studies of replication of viruses, this is the first evidence that viruses preprogramming bacterial cells so their behavior was more similar to the behavior of animals or human cells. The similarity between viral replication and complex cell processes could explain how the higher forms of life could originally be derived from the relationship between the more simple organisms, such as bacteria and viruses.

In particular, it supports the theory known as “viral eukaryogenesis”. According to this theory, higher cells appeared when viruses captured bacterial cells and evolved with the formation of the nucleus. This is similar to other theories that suggest that mitochondria, the energy centers of the human and animal cells, were once separate living bacteria that existed in the first animal cells. Or the fact that chloroplasts, which helps the plants to convert sunlight into energy, were once separate living photosynthetic bacteria, which evolved and became part of modern plant cells.

The results of this study can be crucial in the understanding of evolved life from relatively simple organisms to complex and then in a variety of forms of life that inhabit our planet today. In fact, this study conducts long been the obvious division between bacteria and higher organisms.

In addition, viruses infect not only bacteria. Viral infections are extremely common in humans and animals, the same the flu. It is possible that in the future refined knowledge of viral replication in bacteria can be applied to the study of viral diseases of humans and animals.