The first animals were most likely predators 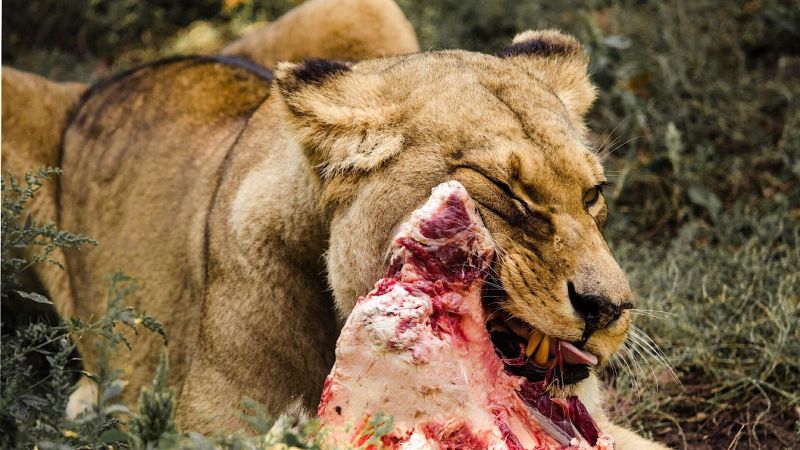 Scientists from the University of Arizona conducted, according to them, the first of its kind study. They studied over a thousand species and examined how food preferences have evolved in the animal kingdom over the past 800 million years. The results of the work presented the authors with several surprises at once.

In general, the dietary “inclinations” of an animal are a fundamental aspect of its biology, but, surprisingly, the evolution of nutrition in the animal kingdom has hardly been studied by specialists until now.

Laboratory staff professor John Vince (John Wiens) carried out extensive work to analyze the available data on the eating behavior of more than a thousand existing animal species, from sponges and insects to spiders and domestic cats.

Of course, such a “census” did not cover all species known to science (hundreds of thousands of species of beetles alone have been described!). But the authors chose the species so that the resulting picture reflects the evolution of the animal world as a whole.

At the first stage of the work, biologists classified living creatures by type of nutrition. Carnivores (or predators) included species that feed on other animals, fungi, or protists (unicellular eukaryotic organisms).

The group of phytophages (herbivores, herbivores) includes those organisms whose diet is based on plants, algae or cyanobacteria, also known as blue-green algae. In the last category of omnivores, the authors of the scientific work “wrote down” all animals with a mixed diet.

Further, using the extensive data collected and a special mathematical model, scientists built the so-called evolutionary or phylogenetic tree. It helped experts determine what, most likely, the ancestors of all modern animals ate.

The results of this large study, published in the publication Evolution Letters, indicate that predation turned out to be the most common type of food on Earth (63% of all species). Another 32% are herbivorous, while an absolute minority (only 3%) are omnivores. The remaining 2% of the animals, the scientists found it difficult to include in any of the presented groups.

“We don’t see a similar picture in the case of herbivores. Herbivore appears to be a much newer phenomenon, so it appears in our evolutionary tree closer to the top of the [phylogenetic] tree,” Professor Vince explains in a university press release.

Note that the independent occurrence of important traits in several branches is not an exception for evolution, but a rule. Thus, according to various studies, multicellularity, the central nervous system, “bird-like” and other “innovations” independently arose.

By the way, the conclusion made by American biologists refutes the results of previous studies based on the analysis of fossils. These works suggested that early animals were herbivores.

The relatively small number of phytophages in the overall picture of the animal world somewhat puzzled the researchers. It would seem that plants are a very plentiful resource for food. However, according to the head of scientific work, it is evolutionarily difficult to develop herbivore, because animals need a special body structure to eat plant food.

“For example, in herbivorous terrestrial vertebrates, the teeth and gastrointestinal tract are specially adapted for digesting plant foods. The same applies to predatory animals. Nature, as a rule, avoids creating” jack-of-all-trades “, at least in this regard “Adds John Vince.

By the way, the paleontologist Kirill Yeskov in the book “Amazing Paleontology” notes that plant mass is usually less nutritious than the flesh. Therefore, the animal needs a sufficiently “advanced” metabolism to be herbivore.

The expert also draws attention to the fact that grassy forms and fleshy leaves (the usual food of many current phytophages) appeared only in flowering plants, that is, they appeared shortly before the extinction of dinosaurs. The history of the animal kingdom then totaled hundreds of millions of years, and all this time the phytophages “sat on a starvation diet” in the form of algae, colonies of cyanobacteria, and so on.

For omnivores, as the authors of a new study note, the very specific anatomy and physiology are all the more necessary. So, its low prevalence in nature is not surprising (a person in this sense is a “rare bird”).

It is also clear why diets often remain unchanged for such a long time. To switch from one type of nutrition to another, major changes in anatomy and physiology are needed.

The question arises: if the first animals were predatory, then who were they hunting for? Biologists are sure that whatever this “meat” is, it is very different from what we call meat today.

According to them, the ancient carnivores most likely just ate protists. These smallest organisms – the closest relatives of animals – are nevertheless neither animals, nor plants, nor mushrooms.

There is still no consensus among experts on what an ancient predatory creature looked like, which appeared, apparently, more than 800 million years ago. Some researchers believe that the first multicellular carnivore resembled a microscopic sponge. Others say that it may have come from a proto-choanoflagellate that “hunted” for bacteria.