The first creature, who learned to walk, could never leave the water 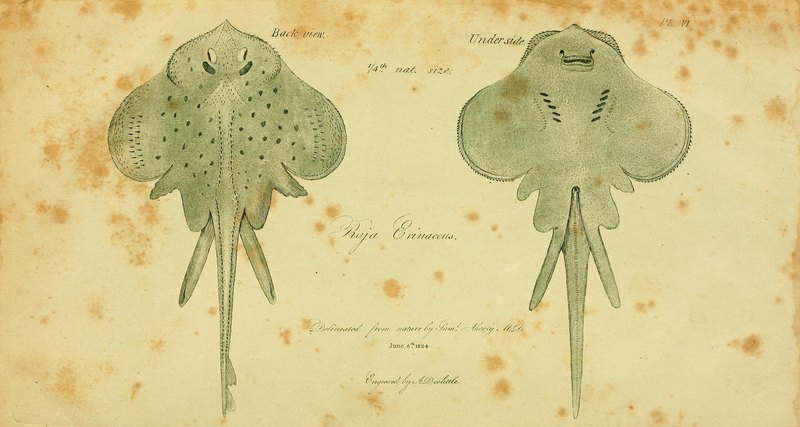 Extremities, other than fins, could develop in the inhabitants of the sea long before reaching the dry land. In favor of this assumption is the analysis of the RNA of one of the most primitive vertebrates, the stingray, conducted by biologists from the School of Medicine of the University of New York.

“It is generally accepted that the ability to walk (or crawl with the help of the limbs) appeared after going out on land. However, to our surprise, we discovered that some fish could do this. The neural and genetic machinery that allowed them to grow limbs was almost identical to that used by vertebrates, including humans, “says Jeremy Dasen, one of the authors of the study. The article is published in the journal Cell.

Scientists have studied the development of the brain of the skew (Leucoraja erinacea), one of the most primitive vertebrates, which differs little from its ancestors, who lived hundreds of millions of years ago. The stingrays have two pairs of fins: large pectoral and small ventral. First they use to swim, the second – to walk on the bottom, and the movement of the pelvic fins resembles the movement of the paws of terrestrial vertebrates: the rays are alternately alternating either the right or the left fin.

Scientists sequenced RNA RNAs to find out which genes are expressed in fish in the part of the brain responsible for the movement. It turned out that many of the genes that work in terrestrial vertebrates are also active in the stingray. Moreover, it turned out that nerve cells of certain types that play a key role in controlling muscles, straightening and bending limbs in higher vertebrates, are also present in skates. “Our findings suggest that the genetic” program “that determines the ability of motor neurons to control limb movements when walking, appeared millions of years earlier. than we thought, “Dasen explains.

The ancients were not only motor neurons, but also intercalary neurons that connect the motor neurons with the rest of the nervous system. Insertion neurons form a neural network capable of regulating the musculoskeletal system without direct connection to the brain (such neural networks are called central generators of ordered activity, CGMA). The skates showed CGMA, very similar to those that control the movements of the limbs in terrestrial vertebrates.