The first goats were domesticated in the territory of modern Iran 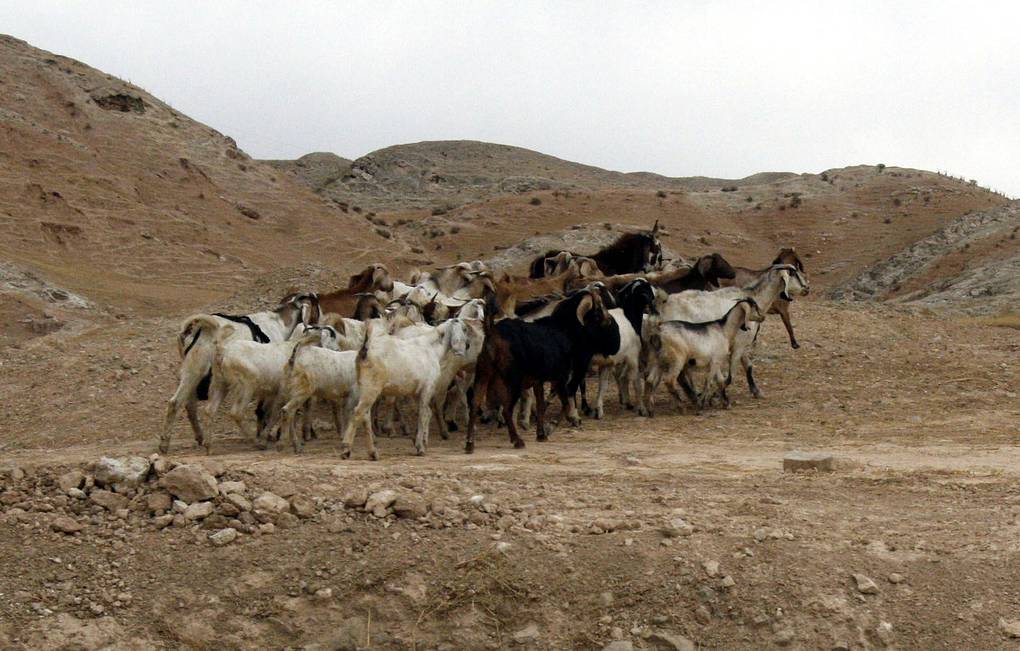 Deciphering the genomes of several dozen ancient domesticated goats made it possible to conclude that the inhabitants of the Zagros mountains in western Iran were the first on the planet to tame these animals. This happened about 10.2 thousand years ago, scientists write in an article for the scientific journal Proceedings of the National Academy of Sciences.

“One of the most important stages in the domestication of goats took place in the Zagros Mountains. The inhabitants of this region of Iran began to manipulate the genetic evolution of these animals about 10.2 thousand years ago,” said one of the study authors, a researcher at Trinity College Dublin, Kevin Daly.

Daly and his colleagues studied the bones of ancient goats that were found at the sites of ancient people located on the territory of modern Iran – in Ganji Dar and Tepe Abdul Hossein. They are located in the Zagros Mountains, at an altitude of 1.4-1.8 thousand meters above sea level.

People settled in Ganji-Dar and Tepe-Abdul-Hossein about 10-11 thousand years ago. They remained inhabited for several thousand years. In addition to tools, clay walls of houses and utensils, archaeologists found many goat bones, skulls and horns at these sites. To learn more about their inhabitants, scientists turned to paleogenetics and biologists for help.

Daly and his colleagues deciphered the structure of the genome of ancient animals, as well as determined their sex, age and some other features by which it is possible to determine whether the owner of the bones was wild or domestic. In particular, the ancient hunter-gatherers preferred to attack the largest possible wild animals: in this way it was possible to optimally spend energy on the extraction of meat.

However, the inhabitants of Ganji-Dare and Tepe-Abdul-Khosein ate mainly the meat of young males, no more than 18 months old, as well as elderly goats. They did not touch young females that can produce offspring. Moreover, there were about twice as many goats in these villages as goats. This suggests that local residents deliberately tried to increase the number of those individuals that could give birth.

In addition, it turned out that among all the animals found at these sites, the level of genetic diversity on the paternal side was extremely low, and this was not typical for the female part of the genome. According to the researchers, this once again indicates that the ancient highlanders of the Zagros tried to keep in their herds only a minimum of sexually mature males, which are needed for the production of offspring, and the rest of the individuals were eaten.

Interestingly, there were no mutations in the genome of goats from Ganji Dare and Tepe-Abdul-Hossein, due to which modern domestic goats lack long horns and natural protective coloration. This came as a big surprise to scientists, since they believed that similar changes in the appearance of goats occurred almost immediately after their domestication.

Daly and his colleagues hope that further study of the genomes of ancient animals, as well as the discovery of other settlements of ancient pastoralists in the Zagros area, will help to understand why the color and horns of goats did not initially change. Thanks to this, it will be possible to find out what principles were guided by the ancient breeders when breeding the first breeds of domestic animals.