The first gorilla who has grown in bondage celebrates record anniversary 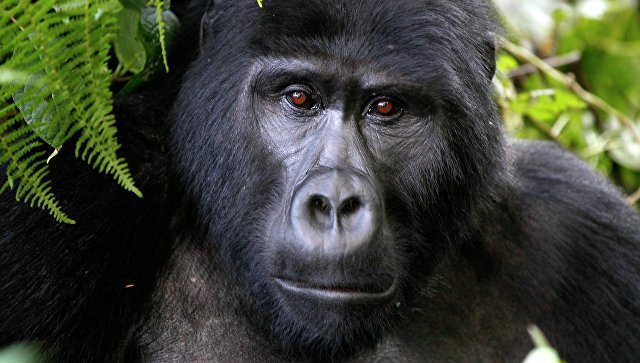 Kolo, the gorilla, the first on Earth, who grew in bondage in the company of people celebrated the sixtieth birthday last Thursday, having set up a new record on life expectancy for primacies.

“Kolo is the excellent ambassador from the world of gorillas in a kingdom of the person. People know about it, and every year tens of thousands of people celebrate its birthday. It gives us chance to tell them about what problems of a gorilla face in the wild nature and as they are close to extinction” — Audra Meinelt, the curator of a zoo of the Columbus (USA) declared.

Kolo is the oldest gorilla on Earth and the first representative of this type who was born in bondage and who was brought up by people, and not just her mother and relatives. Today scientists know a lot of things about life of gorillas and their reproductive cycle, however in 1956 when Kolo was born, about how and when gorillas give birth, zoologists almost didn’t know.

Kolo’s birth and its successful bringing up opened the road for continuation of experiments on cultivation of gorillas in bondage, and today Kolo has two daughters and two sons, and also 16 grandsons, 12 great-grandsons and three great-great-grandsons.

Kolo broke the record on life expectancy of primacies in 2012, having reached age in 56 years that is about one and a half times higher, than the typical terms of life of gorillas in the wild nature which are usually reaching 30-40 years.

Observations of Kolo’s life gave scientists in recent years unique information on how primacies grow old and as their body and mentality changes. It turned out that in many respects elderly gorillas remind aged people – they suffer from the same senile diseases, prefer isolation, have choosy tastes and unusual habits, and also the big companies of relatives avoid.

For example, Kolo suffers now from senile arthritis which affected bones of her legs and hands, and keepers of a zoo of the Columbus developed a special set of exercises for preserving mobility of her extremities. For this purpose scientists cut its food and issue it to a monkey in such a way that that should use actively fingers for eating of a lunch.

Part of a genome of a gorilla is closer to the person, than to a chimpanzee, scientists found out
What is interesting, in case of approach of an old age at Kolo food addictions exchanged, and now she doesn’t like to eat zucchini, a wild strawberry, oranges, peas and many other vegetables and fruit which it consumed in youth and in adult years of life. Zoologists should add to its diet yeast and vitamins to provide its organism to all necessary for maintenance of her health.

As scientists hope, celebration of birthday of Kolo which will take place in the Columbus zoo this week will draw attention of public and politicians to a problem of extinction of the western flat gorillas (Gorilla gorilla gorilla) whose population is promptly reduced because of illegal hunting in Congo and mass deforestation in the equatorial Africa.