The first mammals turned out to be like reptiles 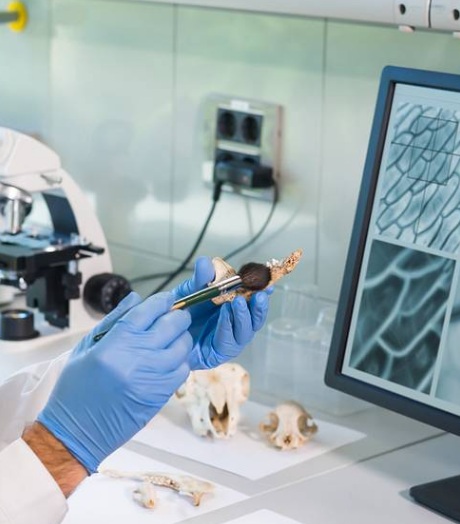 The first mammals on Earth grew as slowly and lived as long as modern reptiles. This is the conclusion reached by British paleontologists, whose work was published by the scientific journal Nature Communications.

“In the past, scientists believed that the key traits of mammals, including their warm-bloodedness, emerged around the same time. We found that despite the complex brain and advanced forms of behavior, these animals lived long and leisurely, like reptiles , and not quickly and not for long, like modern mammals “, – said one of the authors of the work, paleontologist from the University of Bristol (UK) Alice Newham.

So far, paleontologists cannot say for sure when the first mammals appeared on Earth and what they looked like. Scientists suggest that this happened about 220 million years ago, in the middle of the Triassic period, around the time when the first dinosaurs appeared on our planet.

The structure of the teeth of the most ancient primitive mammals known to science says that the earliest ancestors of man were small creatures and ate insects and fruits. For a long time, researchers believed that mammals began to “grow” and occupy new ecological niches after the extinction of the dinosaurs. However, recent studies show that this began to happen 20 million years before the fall of the asteroid that destroyed the dinosaurs.

In a new study, Newham and his colleagues studied the structure of the teeth of the first members of our class using an X-ray microscope. They found that the “style” of life and metabolic rate of the first mammals were more similar to modern reptiles.

The structure of teeth and bones shows how quickly the body of their owners grew, what they ate and what nutritional problems faced him in childhood or at the time when the animal was growing a particular set of teeth. You can find out about this by measuring the thickness, density and composition of the layers of enamel and other dental tissues.

For the teeth of the most ancient mammals discovered in Triassic sediments in recent years, no such studies have been carried out before. British scientists decided to fill this gap and enlightened the teeth of two ancient animals – Morganucodon and Kuehneotherium, which lived in the territory of modern Wales about 210 million years ago. Scientists speculate that they looked like modern shrews.

It turned out that the enamel of these animals grew at the same rate as that of their contemporaries – the ancestors of dinosaurs and other reptiles that lived on Earth in the Triassic period. This suggests that morganucodons and cuenotherium were not noticeably more active than their neighbors and led the same measured pace of life.

“Morganucodons lived up to 14 years, and cuenotheria up to nine. We expected that small mammals of this size could not live more than three years,” Newham said.

This discovery came as a big surprise to the researchers. In the past, paleontologists believed that warm-bloodedness and the associated high level of activity at any time of the day were one of the most ancient and important features of mammals, thanks to which these animals occupied those ecological niches that cold-blooded reptiles could not claim.

Newham notes that this does not necessarily indicate that morganucodons and cuenotherium were not warm-blooded. But this suggests that the ancient relatives of modern mammals were significantly inferior to them in the level of activity. How and when ancient mammals became more like modern mammals remains to be seen.