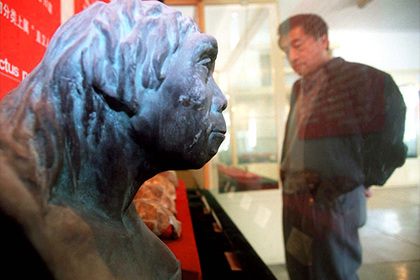 The international collective of anthropologists has revised the time and place for the appearance of the first representatives of Homo (people).

Fragments of the remains of two representatives of the species Graecopithecus freybergi found on the Balkan Peninsula made it possible to conclude that the isolation of Homo into an independent genus within the subfamily Homininae (hominin) occurred approximately 7.2 million years ago in the Eastern Mediterranean.
The species Graecopithecus freybergi, according to experts, was one of the first representatives of the genus of people (or preceded it). Scientists believe that the formation of Homo was facilitated by the migration of ancient primates from North Africa, which was due to a drought.

Scientists came to similar conclusions analyzing the anthropological features of surviving fragments of ancient people (mandible and premolar of the upper jaw), and also carrying out a radio-tomotope analysis of accompanying geological deposits (dust and salts).

Earlier, scientists believed that the first humans arose six to seven million years ago in Africa, where a representative of the genus Sahelanthropus, another predecessor of the first Homo, was discovered.

According to the currently accepted Homo taxonomy, which includes the species Homo sapiens, together with the genera Pan (chimpanzee) and Gorilla (gorillas) form the subfamily Homininae, which, together with the Ponginae (pongina), is the Hominidae family (hominids). Currently, it includes seven surviving species of animals, the closest to Homo sapiens (a reasonable person) is Pan paniscus (bonobo).