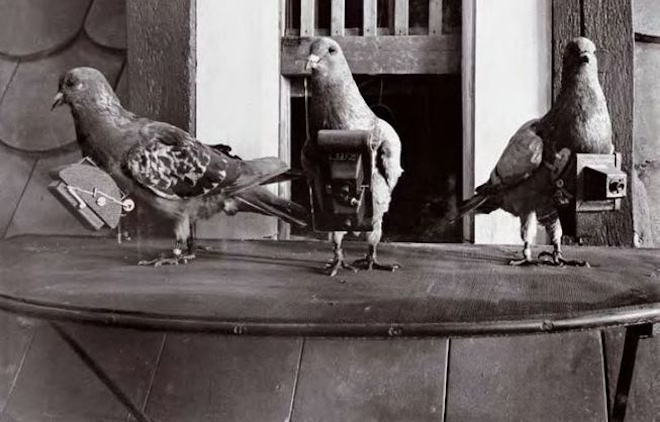 The first photographs of the Earth from the air were made from balls and kites. Next on the list were pigeons. Yes, these birds, who are loved and hated by the townspeople, were sent to the sky to photograph unique for that time species.

German inventor Julius Neubronner started working with pigeons in 1907. The first flight of the Wright brothers was only 4 years earlier, so the world from a bird’s eye view was a novelty. Neubronner already worked with mail pigeons who delivered medicines to his patients, and he knew what these birds could do.

Neubronner developed light chest straps, to which a two-lens camera was attached. Pigeon “harness” weighed from 28 to 73 grams, which was the same as the weight of drugs that the birds had previously tolerated.

Before releasing the pigeons, Neubronner pumped the left section of the “harness”. The air slowly exited when the bird flew up into the sky, and this set in motion the valve, through which the shutter worked, and the camera took a picture. We can say that this was a mechanical version of the modern timer on the camera.

Pigeons were taken 100 km from the house, and then released. Birds flew straight home at an altitude of 45-90 meters. 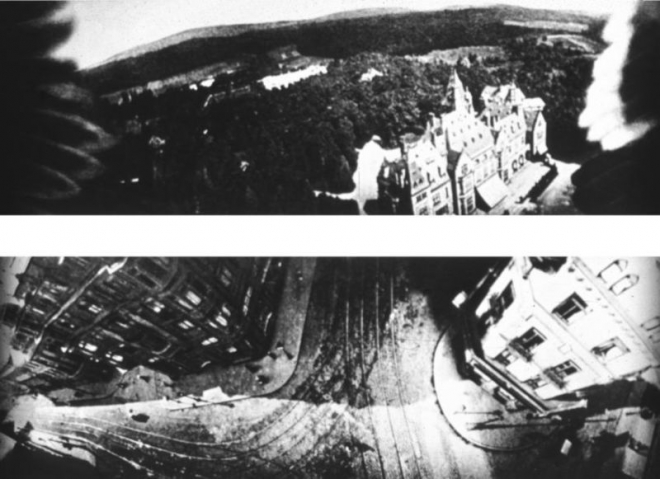 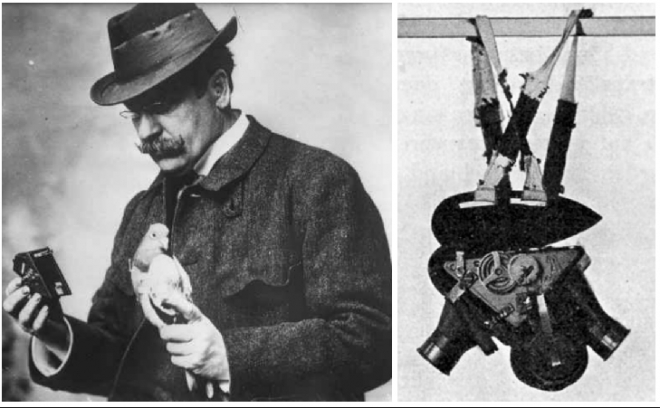 Neubronner also invented a mobile dovecote on wheels, which the horses dragged. There was a dark room in the dovecot, so that photos could be displayed on the spot.

Although the idea was tested before the First World War in military conditions (and the state acquired the invention), it was almost never used, as the distribution received aerial photography. Pigeon mail was often used in wartime, even during battles, so the dove Neubronner proved useful.