The first race on molecular machines 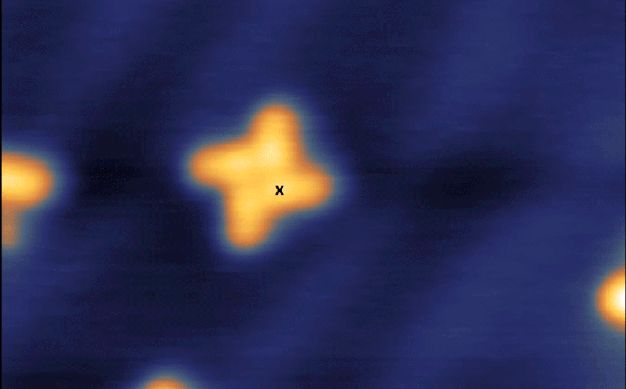 In France, on April 28, the first in the history of race of molecules and supramolecular complexes started.

As bolides within the framework of the competition are the molecules, the size of which is ten times smaller than the cross section of a human hair. The length of the race track, which includes two turns at an angle of 45 degrees, is 100 nanometers. Teams from France, Japan, the United States, Switzerland and Germany take part in the races, followed by a scanning tunneling microscope with four reading elements. The race started at 12:00 Moscow time and lasts 30 hours.

Molecular machines are called molecular constructs capable of performing the simplest mechanical operations under human control. As controls nanomachines usually use electric current, heat and light. For example, for the upcoming races will be used molecules that can move over the surface of a circular gold substrate under the influence of an electric current.

Each team will receive a separate sector for their machine, and the control will be carried out using a scanning tunneling microscope. The movement of nanomachines along the surface will be due to the energy of the electrons transferred to the molecule from the tip of the needle under tension. It is forbidden to influence molecules mechanically. The winner will be the team that has overcome the maximum distance.

The structures of nanomachines differ from one command to another. For example, the French have developed a flat elongated car with four “wheels”, the Swiss team made the vehicle “air cushion”, and the Germans built a whole nanomechanism of four molecules with hydrogen bonds. Races will be held in the laboratory of the Center for Materials Development and Structural Research (CNRS).

Follow the competitions of molecular machines can be on the CNRS website or on the official channel in Youtube. The race starts on April 28 at noon.

Stages of the race

At the first stage, participants must place molecular machines on their part of the medallion. Initially, machines are ordinary powders or exist as solutions, in one gram of such material there can be hundreds of billions of molecules. Place the machines on the medallion either by sublimation (evaporation and then deposition on the gold surface) or precipitation from the solution.

Then, with the help of a scanning tunneling microscope, teams should place one of the machines at the beginning of the route. This type of microscope is a very sharp needle (there can be only a few atoms on its tip), through which one can feel the surface of a sample, applying voltage to it and measuring the electron tunneling current. The uniqueness of the microscope used in racing is that it simultaneously and independently operates four such needles.

And here is the setup in which molecular races occur 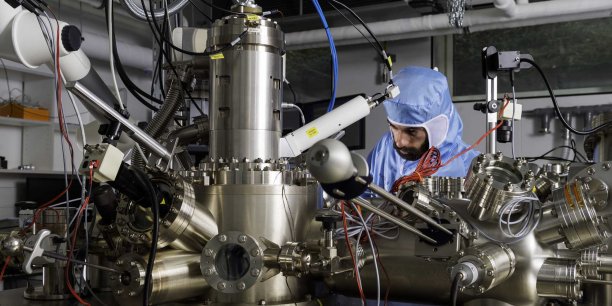 The movement of molecular machines along the track, according to the rules of the race, must take place under the influence of electrical impulses. The machine must not be pushed mechanically by a needle. In this case, the principle of the movement of “sports cars” can be different, but, as a rule, the molecules change their geometric configuration due to the energy from the electron that got from the needle. The speed of the machines corresponds to approximately 0.3-0.6 nanometers per electrical impulse. The main difficulty is the need to track the position of molecules on the track, one scan can take several minutes.

How did the idea of ​​racing

The idea of ​​the competition arose in 2013 when analyzing the scientific publications of various groups. In total, nine projects submitted applications for participation in the races, six of them met the necessary criteria. The site of the event published information about the molecular machines of teams.

So, the French team created for participation a “green buggy” – a flat elongated molecule, on each side of which there are four wheels, each of which looks like a screw with three blades. “Green” in the title is a reference to the color of the solution of the substance.

The molecule of the Swiss team is more like an “air cushion device” – the molecule of tolylpiridine is deprived of wheels and moves along the surface due to weak interactions with it.

The team from Germany uses instead of one molecule a complex of four particles at once, connected by weak hydrogen bonds – the “turntable”.

Organizers note that the main goal of races – in addition to competition between scientific groups – is the improvement of methods for monitoring single molecules and controlling their movement.