The first step towards creating a “talking” newspaper 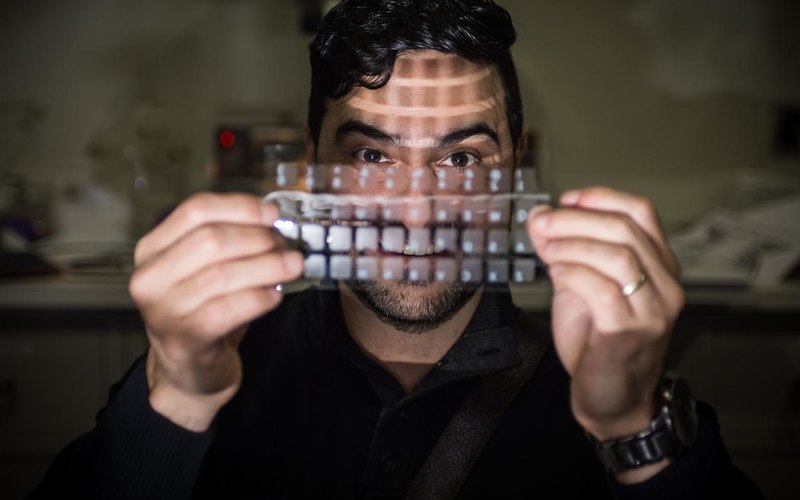 Physicists at the University of Michigan have created a lightweight, flexible paper-sized device that can be the first step to creating state-of-the-art gadgets, such as a folding speaker or even a “talking” newspaper.

“We created the first ultra-thin, flexible sensor that can convert mechanical energy into current and vice versa,” said the author of the development, associate professor of the Department of Electrical and Computer Engineering Nelson Sepulveda.

At the end of last year, the Sepulveda team demonstrated a new technology – the FENG nano-generator, which was designed to charge flexible electronics. The device was created from a silicone plate, on which, in turn, several sheets of environmentally friendly material containing particles of silver and polypropylene were applied. FENG reproduces electricity by processing “received” mechanical energy, for example, human movement.

Later, the researchers decided to finalize FENG, adding new features to it. They found that high-tech material can work as a microphone (“capture” vibrations from the sound, and then convert them into a current) and as a loudspeaker (working directly opposite).

To demonstrate how the microphone works, physicists have developed a security system for a computer that uses the voice recognition function. Gadget successfully coped with the test, catching the frequency of a person’s voice.

And to show the capabilities of the loudspeaker, Sepulveda and his colleagues built FENG into the flag of the University of Michigan and programmed him to “sing” the hymn of the school. Music at this time was broadcasted from the iPad through an amplifier connected to FENG.

The researchers believe that a great future awaits their development.

“Imagine that one day you can get a weightless loudspeaker from your pocket, stick it on the wall and send your message,” Sepulveda says. “Or imagine a talking newspaper whose sheets are microphones. You can even enter into a discussion with her. “