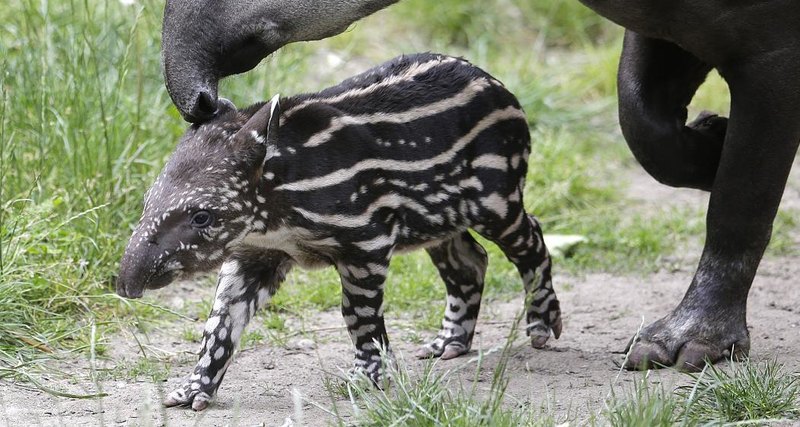 An individual of a South American tapir with a cub was found in the forests of Rio de Janeiro.

Wild South American (or plain) tapirs were destroyed in the vicinity of Rio de Janeiro in 1914, and since 2016, a project has been implemented to restore the number of these mammals in their natural habitat. To do this, Professor Fernando Fernandez from the Federal University of Rio de Janeiro proposed in the Guapiachu Nature Reserve to release up to 10 pairs of males and females of tapir within a few years.

In 2020, for the first time in 100 years, scientists discovered a tapir cub in the natural environment. There is no information about it yet, but the coordinator of the Refauna project to restore the number of tapirs in nature, Maron Gallies, explained to Euronews that the tapir named Eva, who was released into nature in December 2017, became the cub’s mother.

Females bear cubs for 13 months and can only give birth to one tapir at a time. According to scientists, the female Flora, released into nature in June 2018, is also pregnant and either has already brought offspring or will do so in the near future. The first tapir in Brazil for the first 100 years now is now about 3 months old.

Recall that in the Guapiacu nature reserve in Rio, tapirs live under the control of camera traps and radio collars that control every individual released into nature. In June 2021, scientists intend to bring some more special, so that the total number of females and males of tapir was six.