The first video of the flight of a dragonfly-cyborg 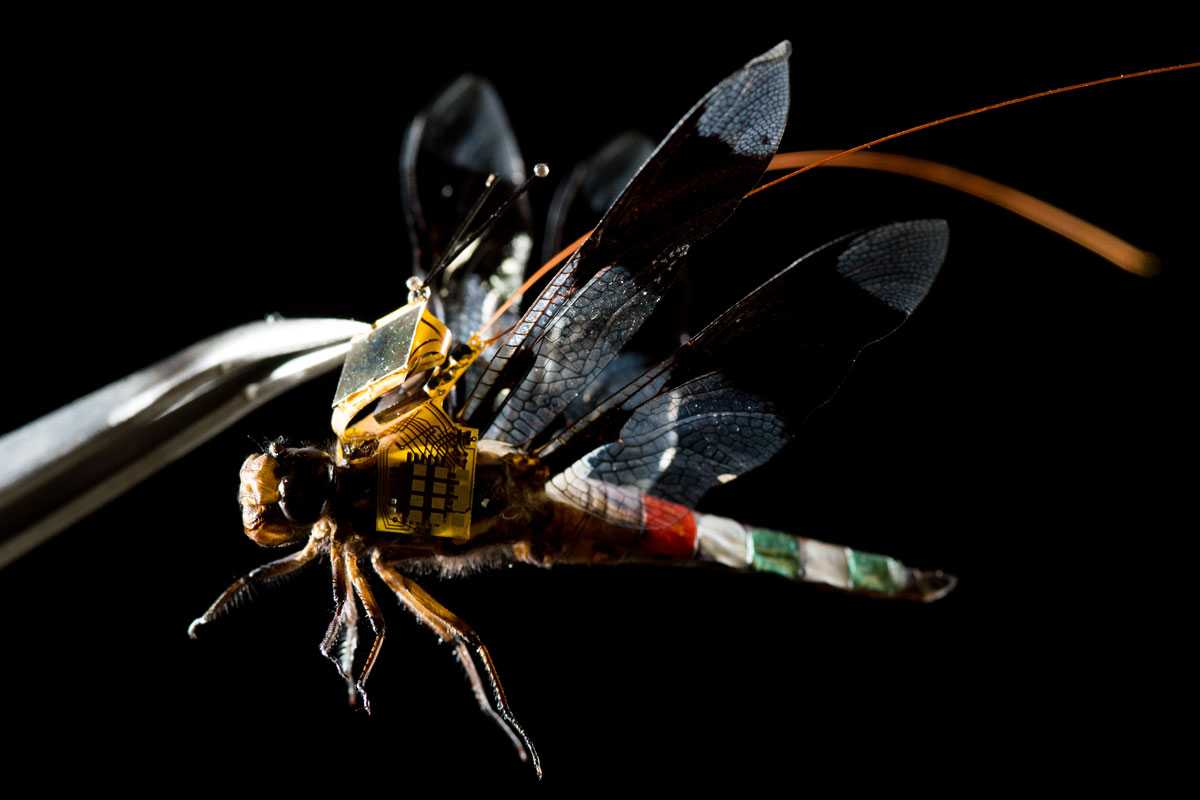 Over the past few years, scientists have made great progress in the matter of subjecting animals to their will. To do this, use special control devices for the behavior of cockroaches, locusts and even turtles. Back in January 2017, researchers at the Charles Stark Draper Laboratory and Howard Hughes Medical Institute (HHMI) outlined plans to equip dragonflies with tiny electronic backpacks that allow remote control of insects. And now the team presented the first video of the work on the project.

Animals are an inexhaustible source of inspiration for creating new technologies, but to design a device that accurately simulates the speed and maneuverability of a dragonfly is still a very difficult task. Instead of creating robots with complex sensors from scratch, scientists want to find a way that will take advantage of the benefits of living insects. This is possible by equipping insects with electronic systems that control their behavior.

In the development of researchers from the “Draper” and HHMI, the optogenetics method is used: the insect is controlled by light pulses that feed into certain “steering” neurons of its brain, which allows a person to control a dragonfly as an unmanned aerial vehicle. According to the team of researchers, the ultimate goal is to use tiny cyborg insects to regulate pollination, deliver useful cargo or explore the territory.