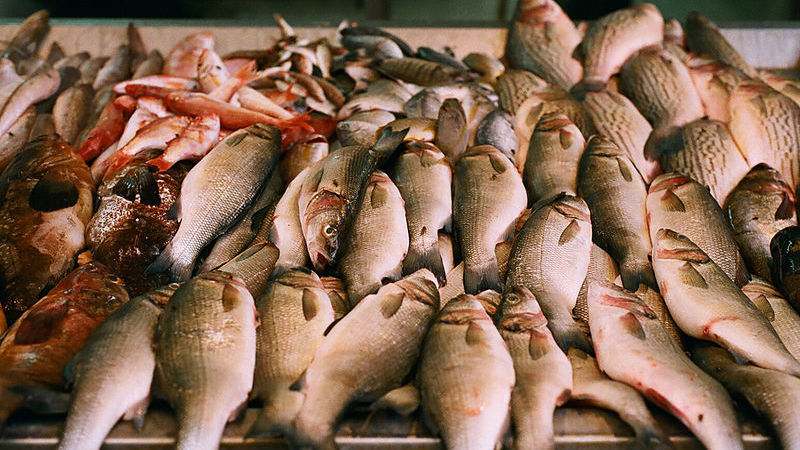 For millennia people use in food fish, and the scales, of course, are discarded. However, recently Indian scientists have managed to find a reason to keep the waste for further use.

A new report in the journal “Applied Physics Letters” describes a method for the conversion of fish scales into the energy source. Researchers have subjected to its processing to impart elasticity, and then attached to each of the two scales of the electrode, before laminating them. The resulting bio-battery capable of accumulating the energy of motion of the environment, including such simple movements as vibrations or even heart rate. This allowed the scientists to suggest that they may one day use his invention to power such devices as pacemakers.

“In the future, our goal will be the implantation of bio-piezoelectric nano-generator in a patient’s heart, where it will constantly generate energy to power the pacemaker through heartbeats,” explained co-author of the report, Dipankar Mandal of Jadavpur University in India. “And then, when the need for it will disappear, this battery just to decay”.

Such practical application of the effect, of course, in the remote future, but a new study by Indian scientists – important reminder that the tremendous amount of food waste you can find a much better use. And it is only available in the U.S. this amount of waste, which can be 140 trillion calories of energy per year. A significant portion of these emitted products is a ready-to-eat meals, which just goes in the trash. However, there are also inedible by-products such as fish scales and orange peel, from which you can extract a lot of use, with a little creative energy.

“These scales are available in a huge number because in fact is one of the products of industrial processing of fish,” said one of the authors of the report Sujoy Kumar Ghosh. To get material for his experiments, scientists have collected the scales at the local fish market. The use of inedible waste for other purposes is not only economically efficient, it allows you to use even the parts of products that are not edible.