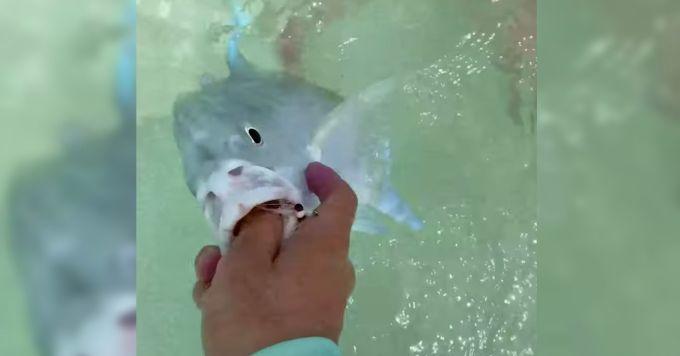 The Australian fisherman fought sharks for his catch and emerged victorious. Reported by the Daily Mail.

Cooper Watson, 21, was fishing in the Cocos Islands in the Indian Ocean when he was hooked on a yellowfin carax. Suddenly, three blacktip sharks appeared nearby, attracted by the blood of the caught fish.

The Australian tried to pull the caranx out of the water, but one of the sharks grabbed the fish. After that, all three predators began to scamper around Watson’s legs, furious with more blood. The Australian began kicking the water, trying to scare away predators.

“At first I only worried about my catch, but then I got scared that one of the sharks would grab my leg,” Watson recalled.

There is no telephone connection on the islands where Watson fished, and any injury could be a big problem. However, the fisherman managed to fight off the sharks, remain unharmed and save the catch.