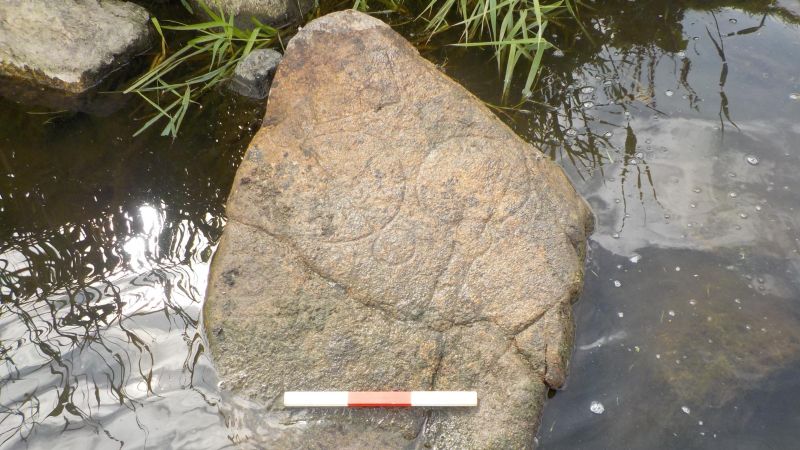 Near the Scottish Dyce, a suburb of Aberdeen, in the waters of the Don River, a stone with symbols carved on it was discovered. It dates from the 6th – 8th centuries. The find was made thanks to a long period of unprecedented heat, because of which the water in the river fell to a record level and the stone lying on the bottom became noticeable. He was drawn to the attention of a local fisherman, who reported the discovery to archaeologists from the University of Aberdeen. The stone was taken from the river and brought to Edinburgh for further study.

Currently, there are about 350 carved stones, the creation of which is attributed to the ancient inhabitants of Scotland – Picts. On the majority of “Pictish stones” the image is of an abstract nature, so their interpretation is difficult. The popular version is that the patterns and figures on the stones were protoheraldic, representing symbols of different families, and the stones themselves could denote the boundaries of possessions.

This stone, according to the Allen and Anderson classification, developed back in 1903, belongs to the first class of Pictish stones, that is, it was not worked, it was not tried to give it any form, but just cut out several images. This kind of stones is the oldest. On the found stone, archaeologists found widespread Pict characters: a triple disk, a “mirror” and a rectangle with two inner spirals.