The fossil lizard found a second pair of eyes 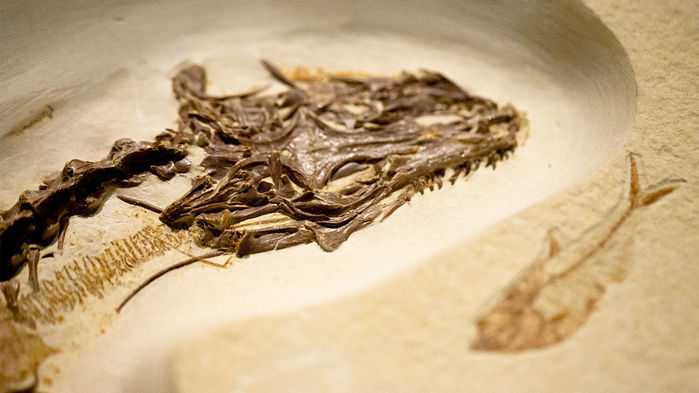 About 49 million years ago in the west of the North American continent lived the four-eyed lizards Saniwa ensidens. They had two ordinary eyes on each side of the pointed muzzle and two parietal eyes at the base of the skull. Scientists have restored the structure of the head of fossil lizards by X-ray and CT scans of several skulls, found in Wyoming in 1871; the results of the study were published this week in Current Biology.

The images show cavities in turtles – similar to some modern lizards, for example Cyclura lewisi, although they always have one parietal eye. Until now, science was not aware of lizards with two parietal eyes.

Dark eyes are also found in some non-friable, fish and amphibians. This organ retains photosensitivity, but it is used not as a sight, but as a gland of internal secretion. They are arranged more simply than normal eyes: they are not connected with muscles, they are devoid of eyelids and iris, although the retina and something like a lens are available. Often these “additional” eyes are in the young, but with age they are reduced. 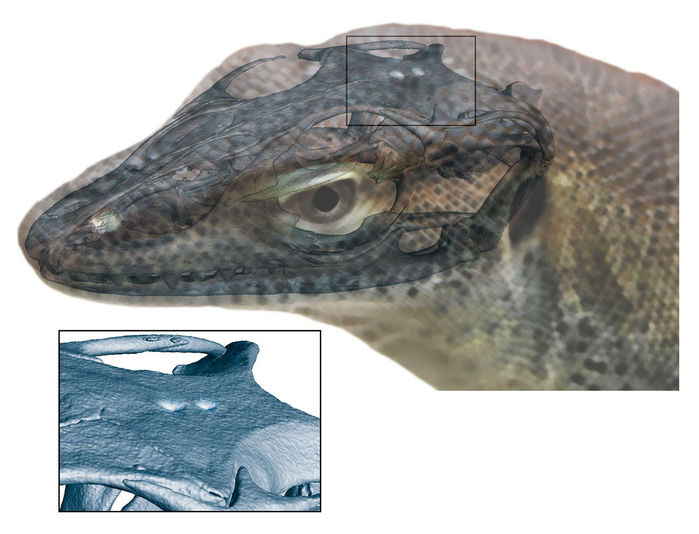 Appearance of Saniwa ensidens lizard, reconstruction of CT and X-ray images. Vision of the artist.

The function of the parietal eye remains largely unclear. In fish, they are most likely involved in the regulation of daily rhythms, changing the concentration of melatonin in the body, depending on the lighting. However, in other vertebrates this function is performed by unglazed organs. Perhaps the parietal eyes help their owners navigate the space along the magnetic field or regulate body temperature, but so far these are only assumptions.

Somewhat more than the purpose of the parietal eyes, it is known about their structure and evolution. The third and fourth eyes are part of the epithalamus and develop from the epiphysis (pineal body, pineal body) and / or parapineal organ. Together they make up the pineal complex. Epiphysis is also in humans, and the parapineal organ is absent in most of vertebrates. Sometimes this complex is structurally similar to the eye, sometimes it does not.

Presumably, the third eye was in the ancestors of modern birds and mammals, but it was reduced and remained exclusively in lizards. There is another theory – that in vertebrates the third eye developed from the epiphysis, and only in lizards – from the parapineal organ. The fourth eye of the Paleogene lizard S. ensidens is proof that the parietal eyes of lizards and all other vertebrates have different origins.