The fossil reptile was “chameleon anteater” 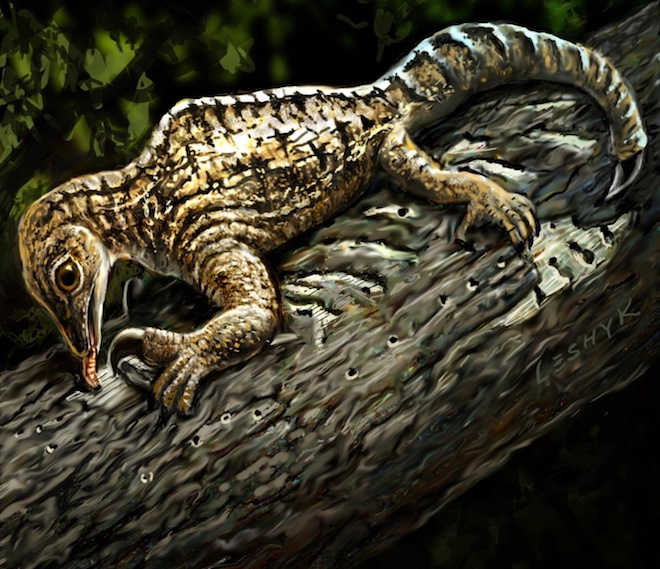 Paleontologists studied the fossilized remains of a wood reptile of Drepanosaurus age of 212 million years found in Hayden’s career in the area under the name Rancho of Ghosts (New Mexico, the USA). It appeared, the animal of the Triassic Period possessed unique anatomy and reminded a chameleon hybrid with an anteater.

According to scientists, the reptile is remarkable first of all the forward extremities helping to explain evolution of structure of bones of these bodies which remained invariable during the last 375 million years. Thanks to this opening scientists found out that bodies of quadrupeds evolved to adapt under conditions of the environment which they inhabited.

“This animal expands borders of our ideas of development of extremities of four-footed animals” — Adam Pritchard, the leading author of a research from Yale University told.

Drepanosaurus possessed tenacious legs, and in front on “forefingers” at them was on one terrible big claw. Approximately also the tail came to an end with the same claw. 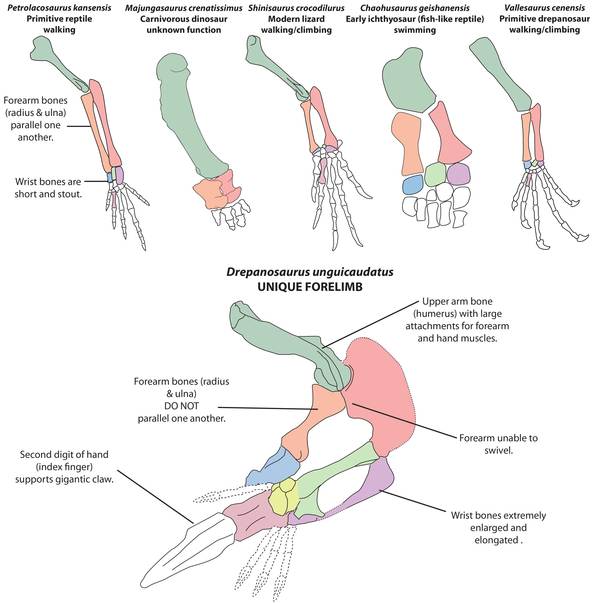 As Pritchard has explained, Drepanosaurus can’t be carried neither to dinosaurs, nor to mammals. This insectivorous reptile was the peculiar chameleon anteater very unusual for those times, with absolutely unique forward extremities. In the made description the scientist has noted massive brawny hands and forearms of Drepanosaurus, and also forward claws — the biggest bones in a body of a reptile.

All known quadrupeds have four extremities with a backbone or a spine and two parallel bones, beam and elbow while Drepanosaurus living on coast of Italy and along the rivers of the Midwest of the USA possessed much less symmetric structure. Possibly, such anatomy in combination with a kryuchkovidny claw has been connected with need of reptiles to get to itself livelihood in the form of insects and they used a claw by analogy with modern anteaters.

“The Triassic Period was full of strange beings who had surprisingly much in common with animals of very different periods of time — Pritchard has explained. — It was not only the beginning of an era of dinosaurs, but also time of an origin of most of groups of the vertebrata living today. The first mammals, the first frogs, the first lizards and the first crocodiles roamed on the ground during this period. Oddly the Triassic fauna combined ancient and modern beings as though the nature experimented with vertebrata, with their forms and the sizes”.
The research is published in the Current Biology magazine.