The fourth type of neutrino does exist 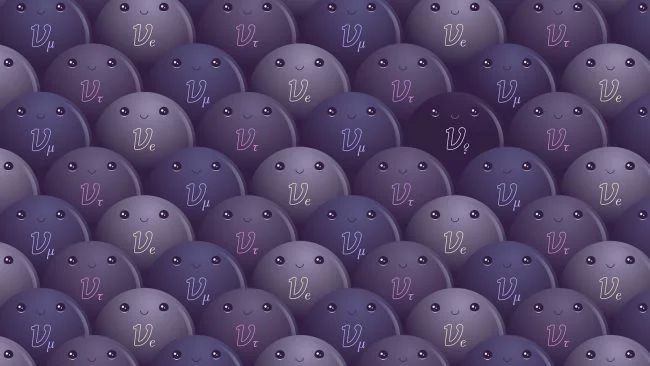 Phantom neutrino particles, discovered during the experiment in Illinois, behave strangely, which indicates the existence of additional types of neutrinos. If this proves to be true, we are faced with a revolution and the emergence of a new fundamental particle in the lexicon of physics that can even explain the mystery of dark matter. Despite the fact that no one has yet to say with absolute certainty about the positive results of observations, experts gathered in Germany this week in Germany at a neutrino conference and discussed the results and further actions in agitation.

Neutrinos are something with something. Born a long time ago, in the first minutes of the Universe, and continuing to appear in the hearts of the stars and nuclei of the reactors, these tiny particles move almost at the speed of light and do not interact with anything; billions of neutrinos pass through your body every day. A typical neutrino particle can pass unscathed through a layer of lead in a light year thick. Since the discovery in the middle of the 20th century it was predicted that neutrinos do not have mass, but in the 1990s experiments showed that they still have a mass. Only it is not known what. What’s even stranger, they occur in three known varieties, or fragrances – electronic, muon and tau-neutrinos. And they can go from one flavor to another. Because of these and other oddities, many physicists have come to the conclusion that neutrinos can open the door to new boundaries of physics.

And now this door finally succumbed. The discovery was manifested in data collected over 15 years by the Mini Booster Neutrino Experiment (MiniBooNE) experiment at the Fermi National Accelerator Laboratory in Batavia, Illinois. MiniBooNE detects and characterizes neutrinos by the flashes of light that they sometimes create, bumping into the atomic nucleus in a giant vat filled with 800 tons of pure mineral oil. Its construction is similar to the design of an earlier project – LSND at the Los Alamos National Laboratory in New Mexico. In the 1990s, LSND observed a curious anomaly – more than necessary – the number of electron neutrinos in a particle beam that was originally represented by muon neutrinos; MiniBooNE saw the same now.

Since the muon neutrinos could not transform directly into the electron fragrance at a short distance from the LSND experiment, theorists assumed at the time that part of the particles oscillated into the fourth flavor – a “sterile neutrino” – and then into electronic neutrinos, producing a mysterious surge. Many believed that the results were random and were caused by some kind of error characteristic of LSND. But MiniBooNE observed the same picture and now scientists will have to try to explain this coincidence.

“Now we have to agree that both experiments have observed one physical effect, so there must be something happening fundamentally,” says MiniBooNE spokesman Richard Van de Water of Los Alamos. “I will not be able to ignore anymore.”