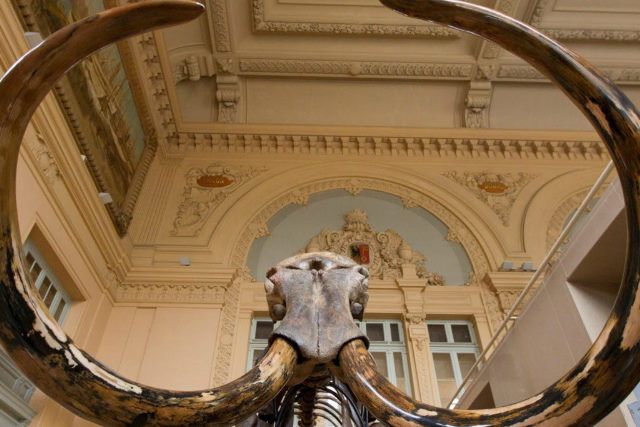 The French businessman bought a skeleton of a giant Siberian mammoth for 548 thousand euros, earlier trades on the sale of skeletons of an entire family of mammoths from Tomsk did not take place.

One of the largest mammoth skeletons on the planet was sold at auction in France. The remains of the mammoth male were found in permafrost in the Northern regions of Siberia about 10 years ago, the BBC reports. A unique specimen has 80% of its bones and minor remains of fur.

The general director of the French waterproofing company Soprema Pierre-Etienne Bindschelder bought a mammoth for 548 thousand euros and plans to place a skeleton in the lobby of the company’s business center. The buyer acknowledged that for a skeleton 3.5 meters high and 5.5 meters long, a new room might be needed.

The auction took place on December 17 in Lyon, France. The previous auction on the sale of remains of mammoths was conducted by the auction house Summers Place in West Sussex on November 21. The organizers put up for auction a family of mammoths, found during the construction of a house in Tomsk in 2002.

The family of mammoths consisted of the remains of a female mother about two meters in height, a young female and a one-year-old mammoth, whose bones were still strong. The auction house has decided to postpone the next sale.

British meteorologists note that this winter in the Arctic is the second warmest in the history of observations. According to archaeologists, this will lead to mass finds of remains of fossil animals previously hidden under a layer of permafrost.

“Permafrost in Siberia melts very quickly due to climate change. Now we get not only these incredible skeletons, but the signs of their death. These are the remains in the form of fur, skin, muscles, organs and even the remains of food, “said curator of the Earth Science collections at the Manchester Museum David Gelsthorp.