The future is for a person or a computer? 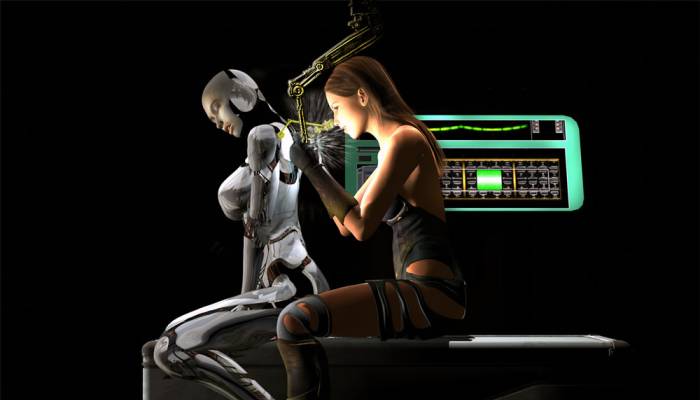 The idea of ​​creating artificial intelligence to solve complex problems was in the air in ancient times. For example, in Egypt, people created a “reviving” mechanical statue of the god Amon, in Homer in the “Iliad” Hephaestus forged humanoid automata.

However, the ancestor of artificial intelligence is the medieval Spanish scientist Raymond Lully, who, a long time ago, as early as the thirteenth century, tried to create a mechanism for computation, based on a general classification of concepts.

The origin of the concept The consolidation of the origin of AI, as a direction in science, occurred after the creation of a computer in the 40s of the 19th century. The term “artificial intelligence” was proposed in 1956 at a seminar in Dartmouth College in the United States. In English, the phrase does not have a slightly fantastic anthropomorphic coloration, which it acquired in an unsuccessfully Russian translation, like “intellect”.

Further development Since 1954 in Russia, the issue of artificial intelligence has been studied in detail. There was a seminar “Automata and Thinking” under the guidance of Academician Lyapunov. However, in detail, the scientific popular term was returned in 1974, when the Scientific Council on the problem of “Artificial Intelligence” was created, headed by GS Pospelov. At the same time, since the 80’s the level of research of the popular scientific term in Russia is much lower than the world level. The backlog in the development of intelligent systems is 3-5 years.

As for the world history of AI: in the early 18th century, Rene Descartes suggested that an animal is a complex mechanism. In 1623, Wilhelm Schickard built the first mechanism, followed by machines developed by Blaise Pascal and Leibniz. A special moment in the history of the popular scientific term is the work of Bertrand Russell and A.N. Whitehead’s Principles of Mathematics. This work has made a splash in the world of formal logic. In 1941, Conrad Zuse first computer was assembled. Today To date, many scientific discoveries have been made in the field of artificial intelligence – these are Deep Blue, and Mycin, 20q, ViaVoice. Banks apply systems of calculations with the assistance of AI in insurance activities when playing on the stock exchange and managing the capital.

The methods of pattern recognition, controlled AI algorithms, are widely used for optical and acoustic recognition, diagnostics in medicine, Internet filters, air defense systems and others. Creators of computer games are forced to apply AI of different levels of elaboration.

In the future, two trends in the development of artificial intelligence are considered: 1 – solving problems that do not allow AI to approach the capabilities of the human brain, 2 – creating an Artificial Intelligence, representing the integration of the created AI systems into a common one that can deal with the problems of mankind.

According to forecasts of Professor of University College London and Principal Scientist Nokia Bell Labs Nick Lane, a person will be surrounded by even more “smart things”. For example, a sensor that previously could only realize that someone was passing him, now he is the size of a button can warn a person about the danger. The path of development of the civilization of the synthesis of man and machine – stick, clothing, auto, phone, pacemaker. Increasingly, these tools resemble the continuation of our bodies.

At the next stage of the development of the machine, it is possible that they will become full members of the society and will live in union with people. However, this is still a utopia, as it makes it impossible for AI to realize itself, to acquire the fullness of consciousness and to create a full-fledged member of the society. Computers remain allies of people, obedient mechanisms with the task set and the algorithm for its implementation. When the AI ​​realizes its capabilities, it is quite possible that the union of the machine and the person will be destroyed.