The future of the world: a forecast up to the year 2099 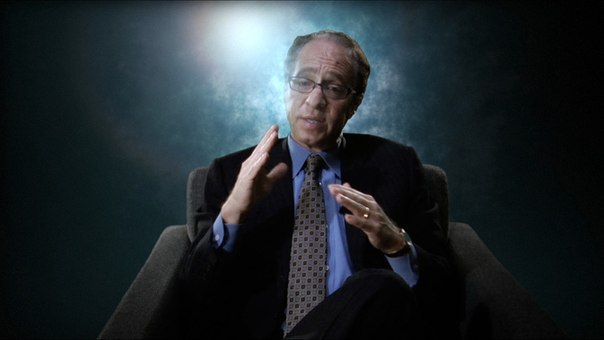 Technical Director at Google and most renowned technology futurist ray Kurzweil spoke with another round of predictions. Being one of the main researchers of modern achievements in the field of artificial intelligence, Kurzweil publishes its forecasts with 1990-ies, many of them have become academic. But if five years ago, he often operated with long periods (2030s, 2040-ies), in recent years in the predictions of the scientist appeared a chronological harmony. Maybe the accuracy was influenced by his work in the largest Internet companies, where the futurist was at the forefront of many innovative developments.

Kurzweil as if invites you to participate in the intellectual game and collect the puzzle – picture of the future of his old and new predictions. If you collect all the predictions made over 20 years in books, blogs, interviews and lectures, you will notice that the future from 2019 to the year 2099 a scientist has painted literally by years.

2019 – Wire and cables for personal devices and peripherals in any sphere thing of the past.

2021 – Wireless Internet access will cover 85% of the Earth’s surface.

2022 – In the US and Europe will take the laws regulating the relations of humans and robots. The activities of the robots, their rights, obligations and other restrictions will be formalized.

2024 – Elements of computer intelligence will become mandatory in cars. People were forbidden to sit behind the wheel of a car, not equipped with computer assistants.

2025 – the Emergence of mass market gadgets-implants.

2026 – Thanks to scientific progress per unit of time, we will prolong your life for more time than it took.

2027 – a Personal robot capable of fully Autonomous complex actions, will become as familiar a thing as a refrigerator or a coffee maker.

2028 – Solar power will become so cheap and common that will satisfy the total energy needs of humanity.

2029 a Computer will pass the Turing test, proving the presence of a mind in the human sense of the word. This will be achieved through computer simulation of the human brain.

2030 – the Flowering of nanotechnology in industry that will lead to a significant reduction in the cost of production of all products.

2031 – 3D printers to print human organs will be used in hospitals of all levels.

2032 – Nanorobots will be used for medical purposes. They will be able to deliver nutrients to the cells and remove waste products. They will also conduct detailed scans of the human brain that will allow you to understand the details of his work

2034 – First date man with artificial intelligence. The movie “her” in an improved form: the virtual lover, you can equip the “body”, projecting the image on the retina of the eye, – for example, by using contact lenses or glasses virtual reality.

2035 – Space technology will be sufficiently developed to ensure the protection of the Earth from the threat of asteroid impacts.

2036 – Using approach to biology, as to programming to the humankind will be able to program cells for the treatment of diseases, and the use of 3D printers will grow new tissues and organs.

2037 – a Giant breakthrough in understanding the secrets of the human brain. Will be determined by hundreds of different subregions with specialized functions. Some of the algorithms that encode the development of these regions will be transcribed and included in the neural network of computers.

2038 – the Emergence of robotic people, products transhumanistic technologies. They will be equipped with additional intelligence (for example, focused on specific narrow field of knowledge, which fully cover the human brain is not capable) and a variety of options-implants – from the eyes of the cameras up to an additional hand-prosthesis.

2039 – nano-Machines will be implanted directly into the brain and
to implement arbitrary input and output signals from brain cells. This will lead to virtual reality, “total immersion”, which will not require any additional equipment.

2040 – the Search engines will be the basis for gadgets that will be implanted in the human body. The search will be carried out not only through language, but through thoughts, and the search results will be displayed on the screen the same lenses or glasses.

2041 – Limit Internet bandwidth will be 500 million times more than today.

2042 – the First potential realization of immortality – thanks to an army of nanobots that will complement the immune system and “clean up” of the disease.

2043 – the Human body can take any form, due to the large number of nanorobots. The internal organs are replaced with cybernetic devices much better quality.

2044 – non-Biological intelligence will be billions of times more intelligent than biological.

2045 – the onset of the technological singularity. The earth will turn into one giant computer.

2099 – the Process of technological singularity extends to the entire Universe.

Well, such predictions are at times difficult to believe. However, if we take into account the enormous pace of development of society, it becomes clear that in the near future and this is possible. While we can only watch.