The genes of the mother and father can work separately 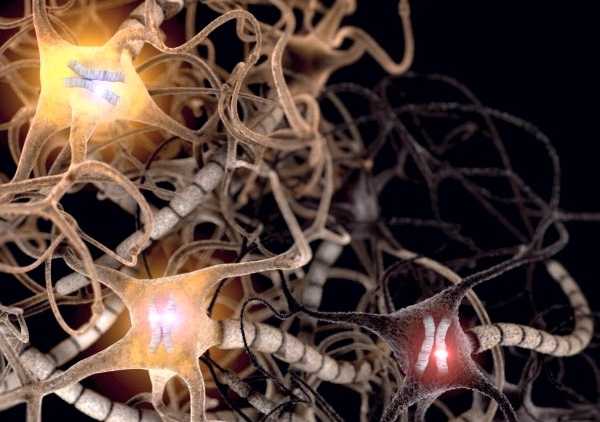 It is considered that our body “still” from one of the parents received one or the other copy of the gene. But sometimes the cell activates just the genes received from the mother or father – to such an unexpected result came scientists at the University of Utah.

Christopher Gregg (Christopher Gregg) and his team investigated the activity of genes in the neurons of newborn mice – and most importantly their attention was attracted by the cells of the dorsal nucleus of the seam, part of the medulla oblongata, which plays an important role in the metabolism of serotonin. Scientists have discovered that about 85 percent of the genes in these neurons are activated selectively either with chromosomes obtained from the mother or from those that were inherited from his father. Soon, this asymmetry disappeared: already on the 10th day after birth the number of activated genes asymmetrically dropped to 10 percent.

The maximum asymmetry was evident in the nuclei of the seam, however, scientists have conducted large-scale screening data in genetic libraries and found that this is typical of other areas of the brain and other organs of the body. Among these genes in mice, the authors emphasize paralog human DEAF1 gene, activity limitations which can be associated with the development of autism and other disorders.

In General, scientists are yet find it difficult to name the biological role of such unequal gene expression, however, believe that it is of great importance for the development of the brain and related diseases, and may explain some of the antinomies. For example, Gregg and his co-authors were able to show that in some cases neurons Express mutant, damaged copy of the gene, although in the vicinity there is a normal healthy variant.