The German company introduced the Robosmith 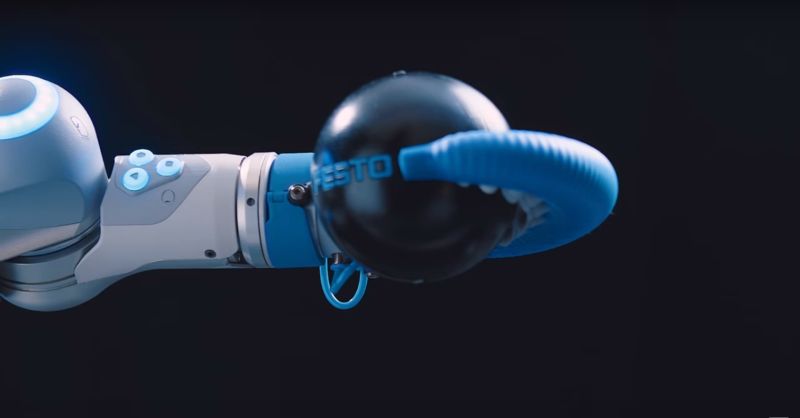 In the cinema, giant squids and octopuses are honorary heroes of horror films, frightening sailors and scientists at deepwater stations for many decades. But Festo, a German company manufacturing industrial robots, believes that the body of an octopus can be an ideal prototype for a robot designed to work near people.

Robomanipulators have long been working on conveyors and factories, but they often pose a potential danger to people workers. The accidental swing of such an iron hand can lead to serious injuries and even death.

At the heart of the new robot OctopusGripper is a soft silicone structure, which is something like a balloon. The pneumatic system pumps compressed air into the tentacle, and it wraps around the object. Two rows of suction cups, some of which operate on a vacuum basis, allow the robot to grasp and hold even items of irregular or complex shape.

You will certainly feel the collision with such a tentacle, but as it is flexible and supple, there will be no damage from it. In addition, pneumatic robots do not need to make large safety cells that occupy an expensive factory space.

Festo believes that the OctopusGripper, unlike the manipulators, will be more versatile. His ability to wrap around objects, as well as grabbing suction cups mean that he can switch from one task to another with minimal modifications and upgrades.