The giant spider web scared the residents of the whole state 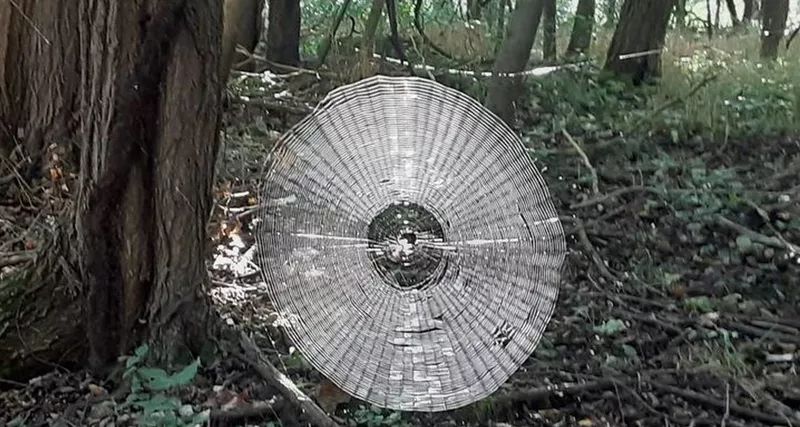 The Missouri Department of Conservation has released a photograph of a huge spider web, warning local residents that spiders can be found in the region that are capable of making such “sinister houses.”

Interestingly, in the comments to the post on the department’s official Facebook group, some people have already started to panic and think that spiders have evolved and are ready to catch people.

An employee of the Missouri Department of Conservation has photographed this spider web near Springfield, a city that is in a completely different state. However, when he showed it to his colleagues, they still decided to publish this photo, as such spiders are found in Missouri.

The intricate web appears to be several meters wide and stretches between two large trees. In the comments, the spider was quickly praised for its “perfection”, although people are slightly worried that they themselves might stumble upon such a “dwelling.”

The web was created by the so-called barn spider, which is widespread in the eastern United States and adjacent territories of Canada. The Conservation Department reports that there are several species of such spiders in Missouri.

Their usual size is only 10 to 20 millimeters. This species feeds on moths and long-legged mosquitoes that are caught in the cobweb.

According to experts, the web of this species becomes most noticeable and large in late summer and autumn, when the spiders reach their peak size.