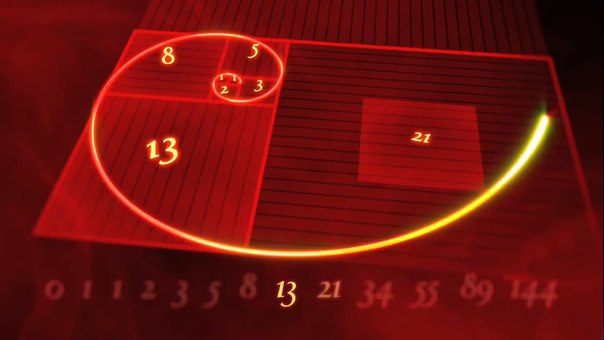 The Golden ratio is a universal manifestation of structural harmony. It is found in nature, science, art – all that can touch people. Once acquainted with the Golden rule, human life did not change him.

The most capacious definition of the Golden section says that the smaller part relates to the larger how big – to the whole. Approximate its value – 1,6180339887. In rounded percentage proportions of the parts will be correlated as 62% to 38%. This ratio acts in the forms of space and time.

The ancients saw in the Golden section the reflection of the cosmic order, and Johannes Kepler called it one of the treasures of geometry. Modern science considers the Golden ratio as “asymmetrical symmetry”, calling it in a broad sense a universal rule that reflects the structure and order of our world.

The idea of the Golden proportion were ancient Egyptians, knew about them in Russia, but the first scientific Golden ratio explained monk Luca Pacioli in his book “the divine proportion” (1509), illustrations of which are supposedly made by Leonardo da Vinci. Pacioli saw in the Golden section, the divine Trinity: a small cut represented a Son, a great Father, and the whole – Holy spirit.

Direct rule of the Golden section is connected with the name of the Italian mathematician Leonardo Fibonacci. As a result of solving one of the tasks of the scientist entered the sequence of numbers now known as the Fibonacci series: 1, 2, 3, 5, 8, 13, 21, 34, 55 etc. On the relation of this sequence to the Golden ratio drew the attention of Kepler: “Arranged it so that the two youngest member of this endless proportions of the sum to the third member, and any two of the last member if you add them up, give the next member with the same ratio is maintained indefinitely”. Now the Fibonacci series is an arithmetic basis for the calculations of the proportions of the Golden section in all its manifestations.

Leonardo da Vinci also spent a lot of time studying the characteristics of the Golden section, most likely, it belongs to him and the term. His drawings of stereometric bodies, formed the right circles, prove that each of the obtained in the cross-section of the rectangles gives the relationship of the parties in the gold division.

Over time, the rule of the Golden section has turned into an academic routine, and only the philosopher Adolf Zeising in 1855 he returned to second life. He brought to the absolute proportions of the Golden section, making them universal for all phenomena of the world. However, his “mathematical aestheticism” caused a lot of criticism.

Even without going into the calculations, the Golden section can be easily found in nature. So, under it get the ratio of the tail and body of a lizard, the distance between the leaves on the branch, there is a Golden section in the shape of an egg, if an imaginary line through its widest part.

Belarusian scientist Eduard Soroko, who studied forms of gold divisions in nature, noted that expanding and seeking to take its place in space, endowed with the proportions of the Golden section. In his opinion, one of the most interesting forms of this twisting of the spiral.

Even Archimedes, focusing on the spiral, brought on the basis of its form, the equation now used in the art. Goethe later noted the tendency of nature to helical forms, calling spiral “curve of life”. Modern scientists have established that such manifestations of spiral forms in nature like a snail shell, the arrangement of sunflower seeds, patterns, web, motion of the hurricane, structure of DNA and even the structure of galaxies embody the Fibonacci series.

In the diary of Leonardo da Vinci is a figure inscribed in the circle, a naked man in two superimposed on each other positions. Based on the work of the Roman architect Vitruvius, Leonardo likewise tried to establish the proportions of the human body. Later, the French architect Le Corbusier, using “Vitruvian man” of Leonardo, has created its own scale of “harmonic proportions” that influenced the aesthetics of architecture of the XX century.

Adolf Zeising, examining the proportionality of the person, did a great job. He measured about two thousand human bodies, as well as many antique statues and deduced that the Golden ratio expresses the average law. In person subordinate to almost all parts of the body, but the main indicator of the Golden section is the division of the body point of the navel.

The art of spatial forms

Artist Vasily Surikov said, “that in the composition there is an immutable law, when the picture cannot neither remove, nor add, even the extra point can not deliver, it is a real mathematics”. For a long time artists have followed this law is intuitive, but after Leonardo da Vinci the process of creating paintings is complete without the solution of geometric problems. For example, Albrecht dürer to determine points of the Golden section used invented the proportional compass.

Critic F. V. Kovalev, examining in detail the picture of Nikolai GE Alexander Pushkin in the village of Mikhailovskoye”, notes that every detail of the fabric, whether it be a fireplace, a bookcase, an armchair or the poet himself, are strictly inscribed in the Golden proportion.

The researchers of the Golden section tirelessly to study and measure the masterpieces of architecture, arguing that they have become so because created the Golden Canon: in their list of the Great pyramids of Giza, Notre Dame Cathedral, St. Basil’s Cathedral, the Parthenon.
Today in any art, spatial forms are trying to follow the proportions of the Golden section, as they, according to critics, facilitate the perception of an artwork and form to the viewer’s aesthetic experience.

Forms of temporary art in their own way show us the principle of the Golden division. Literary critics, for example, noticed that the most popular number of lines in the poems of the late period of creativity of Pushkin corresponds to the Fibonacci series– 5, 8, 13, 21, 34.

Soviet musicologist E. C. Rosenow notes the remarkable accuracy of the proportions of the Golden section in strict and free forms of the works of Johann Sebastian Bach, which corresponds to the thoughtful, focused, technically sound style of the master. This is true in relation to outstanding works of other composers, where the point of the Golden section usually have the most striking or unexpected music.

Film Director Sergei Eisenstein script of his film “Battleship Potemkin” was consciously coordinated with the rule of the Golden section, dividing the ribbon into five parts. In the first three sections of the action takes place on the ship, and in the last two – in Odessa. The transition to the scene in the city is the Golden middle of the film.