The Great Hadron Collider has recorded a rare phenomenon 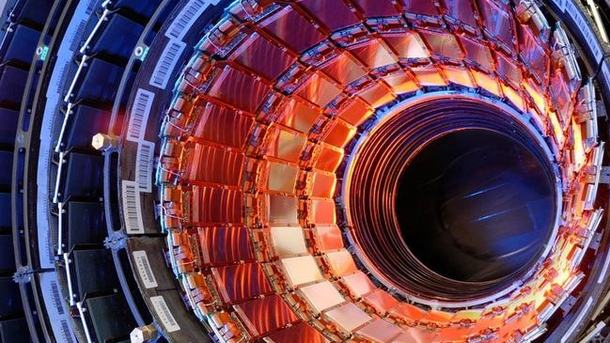 The international group of physicists in the ATLAS collaboration (CERN) discovered one of the rarest phenomena observed at the Large Hadron Collider. Scientists reliably established the existence of a weak scattering of vector bosons, which is expressed in the interaction between the particles-carriers of weak interaction. This is reported in a press release on Phys.org.

The W and Z bosons are short-lived fundamental particles and refer to gauge bosons, which also include photons (carriers of electromagnetic interaction) and gluons that carry strong interactions. There are two types of W-bosons that carry a negative or positive electric charge, as well as one type of Z-boson that does not have a charge.

At the moment of collision of two protons, one quark of each emits a W or Z-boson, which because of their large mass can not exist for a long time and quickly turn into other particles. Because of this, they manage to fly a distance that is only one tenth of the radius of the proton. In order for the two bosons to interact, they must approach 1/500 the radius of the proton. This event occurs approximately once for every 20,000 billion proton-proton collisions.

The scientists recorded 60 weak scattering events between the bosons W ± and W ± at the energy in the center-of-mass system (a system in which the particles have equal and oppositely directed pulses) equal to 13 teraelectronvolts. The probability that these events are random is less than 1 by 200 billion. This corresponds to a standard deviation of 6.9 sigma, which in particle physics is classified as a significant difference from background processes.

Physicists also combined data obtained in 2015-2016 to establish statistically significant scattering between W ± and Z-bosons (with a standard deviation of 5.6 sigma).