The greatest scientific achievements of the last decade 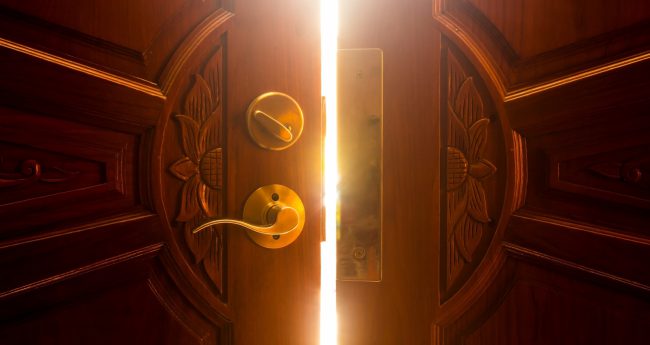 Over the past 10 years, a lot of amazing discoveries and achievements have occurred in the world of science. Surely, many of you who read our site have heard about most of the items presented in today’s list. However, their significance is so high that once again, at least briefly not to recall them would be a crime. Remember them at least for the next decade, until new, more amazing scientific achievements are made on the basis of these discoveries. 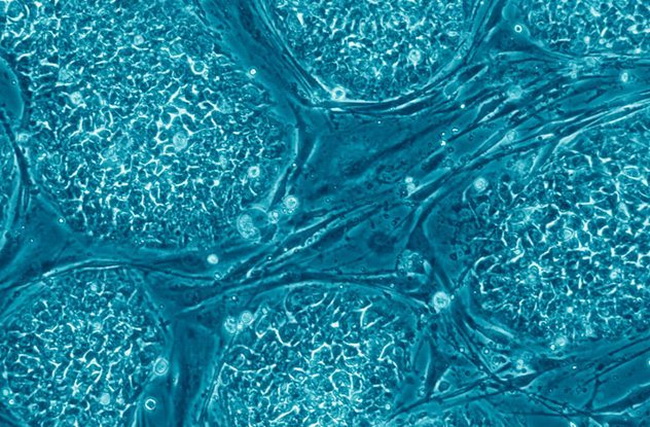 Stem cells are amazing. They perform the same cellular functions as other cells in your body, but, unlike the latter, they have one amazing property – if necessary they are able to change and acquire the function of absolutely any cells. This means that the stem cells can be converted, for example, into red blood cells (red blood cells), if your body lacks the latter. Or in white blood cells (leukocytes). Or muscle cells. Or neurocytes. Or … in general, you have understood the idea – practically in all kinds of cells.

Despite the fact that stem cells were widely known to the general public since 1981 (although they were discovered much earlier, at the beginning of the 20th century), until 2006, science and concept had no idea that any cells of a living organism can be reprogrammed and transformed In the stem cells. Moreover, the method of such transformation was relatively simple. The first person to figure this out was the Japanese scientist Xingya Yamanaka, who turned the skin cells into stem cells by adding four specific genes to them. Within two or three weeks from the moment when the skin cells turned into stem cells, they could be further transformed into any other kind of cells in our body. For regenerative medicine, as you understand, this discovery is one of the most important in modern history, since now this sphere has an almost limitless source of cells necessary for the treatment of injuries received by your body.

The largest of the detected black holes 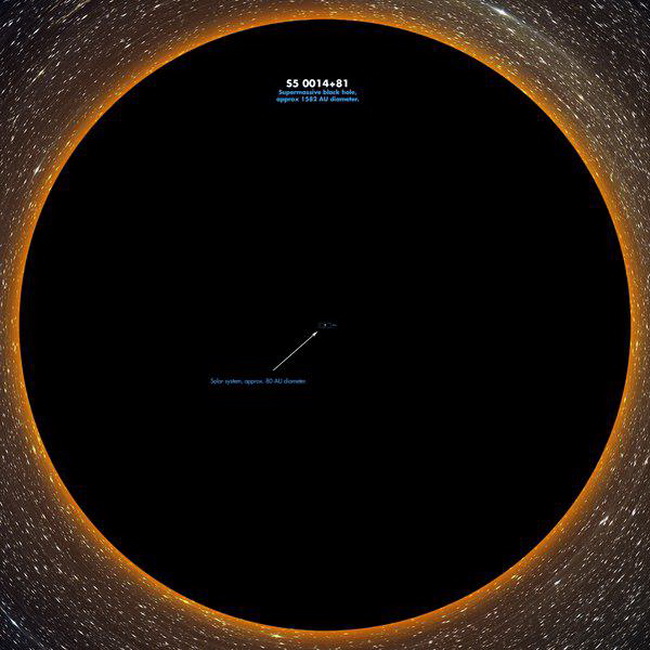 “Blot” in the center is our Solar System

In 2009, a group of astronomers decided to find out the mass of the black hole S5 0014 + 81, which at that time was only open. Imagine their surprise when scientists learned that its mass is 10,000 times greater than the mass of the supermassive black hole located in the center of our Milky Way, which in fact made it the largest known black hole in the known universe to us at the moment.

This ultramassive black hole has a mass of 40 billion suns (that is, if we take the mass of the Sun and multiply it by 40 billion, then we get the mass of a black hole). No less interesting is the fact that this black hole, scientists believe, was formed during the earliest period of the history of the universe – only 1.6 billion years after the Big Bang. The discovery of this black hole has contributed to the understanding that holes of this size and mass are capable of increasing these figures incredibly quickly. 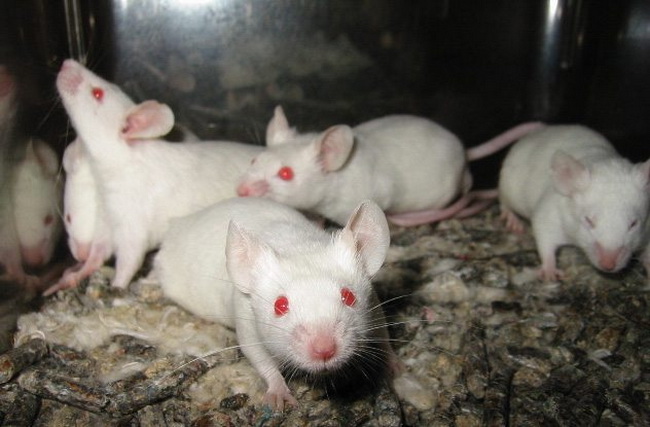 Already sounds like a seed for some Nolan “Beginning,” but in 2014, scientists Steve Ramirez and Xu Liu conducted manipulations with the memory of a laboratory mouse, replacing negative memories with positive memories and back again. Researchers implanted special light-sensitive proteins in the mouse’s brain and, as you might have guessed, just shone in her eyes.

As a result of the experiment, positive memories were completely replaced by negative memories that were firmly entrenched in her brain. This discovery opens the door to new types of treatment for those who suffer from post-traumatic syndrome or can not cope with emotions from the loss of loved ones. In the near future, this discovery promises to lead to even more surprising results.

A computer chip that mimics the work of the human brain 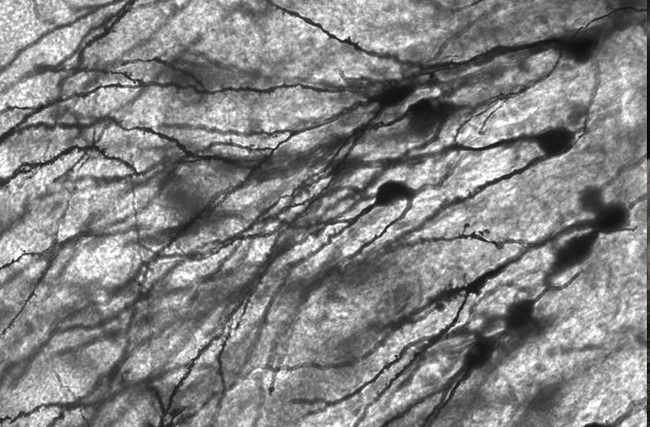 Such a few years ago was seen as something fantastic, but in 2014, IBM introduced the world to a computer chip, working on the principle of the human brain. With 5.4 billion transistors and consuming 10,000 times less power for work, compared to conventional computer chips, the SyNAPSE chip is able to simulate the work of the synapse of your brain. 256 synapses, if more precisely. They can be programmed to perform any computational tasks, which can make them extremely useful when used in supercomputers and various types of distributed sensors.

Due to its unique architecture, the efficiency of the SyNAPSE chip is not limited to the performance that we used to evaluate in conventional computers. In the work, it turns on only when it is necessary, which allows to significantly save on energy and maintain operating temperatures. This revolutionary technology over time can really change the entire computer industry.

One step closer to the dominance of robots 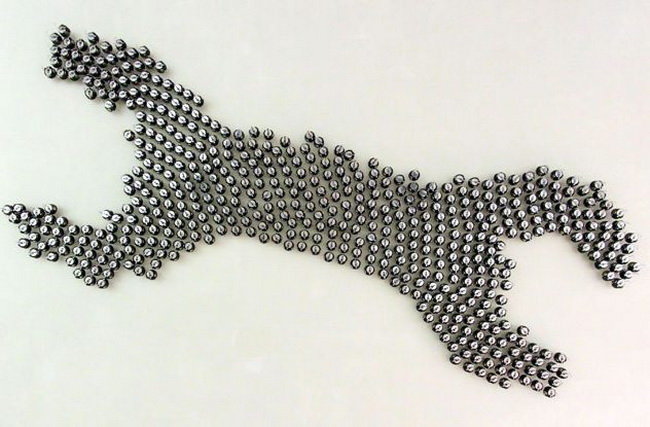 In the same year 2014, before 1024 tiny robots “kilobots” was tasked to unite in the form of a star. Without any additional instructions, the robots independently and jointly started the task. Slowly, hesitantly, colliding with each other several times, but they nevertheless fulfilled the task assigned to them. If one of the robots got stuck or “lost”, not knowing how to become, neighboring robots came to the rescue, which helped the “lossy” orient themselves.

What is the achievement? Everything is very simple. Now imagine that the same robots, only a thousand times smaller, are introduced into your circulatory system and, when combined, go to the struggle of some serious disease that has settled in your body. More large robots, also unifying, go to some search and rescue operation, and even larger ones are used for the fantastically rapid construction of new buildings. Here, of course, you can recall some script for the summer blockbuster, but why pumping? 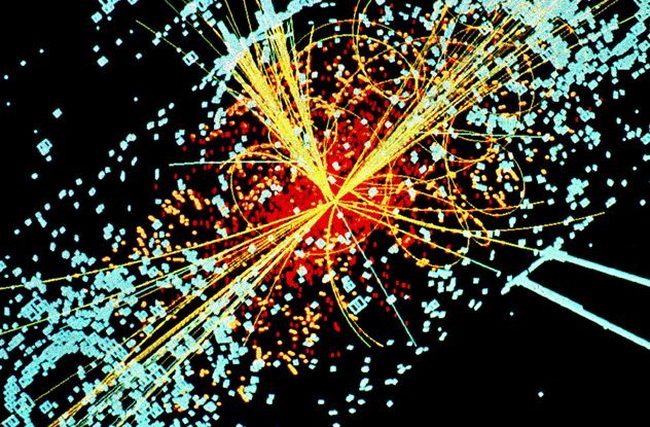 According to scientists, this mysterious matter can contain answers explaining a lot of as yet unexplained astronomical phenomena. Here’s an example of one of them: say, before us – a galaxy with a mass of thousands of planets. If we compare the actual mass of these planets and the mass of the entire galaxy, the figures do not converge. Why? Because the answer lies much deeper than a simple calculation of the mass of matter that we can see. There is still matter that we can not see. It is exactly what is called “dark matter”.

In 2009, several American laboratories announced the discovery of dark matter using sensors immersed in an iron mine to a depth of about 1 kilometer. Scientists were able to determine the presence of two particles, whose characteristics correspond to the previously proposed description of dark matter. Further, a lot of recheckings are to be carried out, but everything indicates that these particles are actually particles of dark matter. This can be one of the most amazing and significant discoveries in physics in the last century. 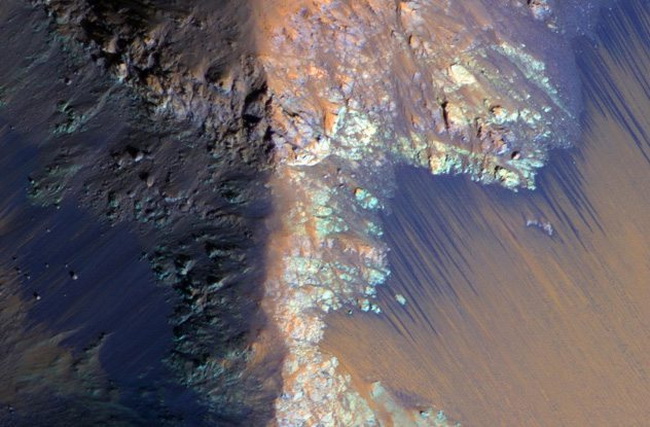 Maybe. In 2015, the NASA aerospace agency published photographs of the Martian mountains with dark stripes at their foot (photo above). They appear and disappear depending on the season. The fact is that these strips are irrefutable evidence of the presence on Mars of water in liquid form. Scientists can not say with absolute certainty whether such features existed in the past in the planet, but the presence of water on the planet now opens a lot of prospects.

For example, the presence of water on the planet can be of great help when humanity finally gathers a manned mission to Mars (sometime after 2024, according to the most optimistic forecasts). Astronauts in this case will have to carry with them much less resources, since everything necessary is already available on the Martian surface.

The private aerospace company SpaceX, owned by the billionaire Ilon Mask, was able after several attempts to softly land the spent missile on a remotely operated floating barge in the ocean.

Everything went so smoothly that now the landing of the used rockets for SpaceX is considered a routine task. In addition, it allows the company to save billions of dollars in the production of missiles, since now they can simply be sorted, refilled and reused (and more than once, in theory), instead of just drowning somewhere in the Pacific. Thanks to these missiles, humanity was immediately several steps closer to manned flights to Mars. 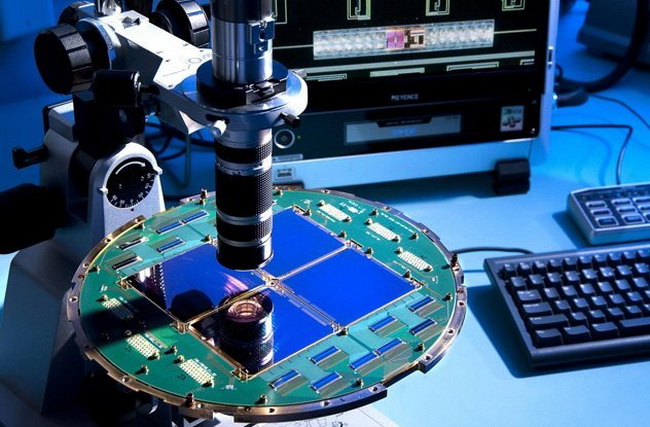 Gravitational waves are the ripples of space and time, moving at the speed of light. They were predicted by Albert Einstein in his general theory of relativity, according to which the mass is capable of distorting space and time. Gravitational waves can be created by black holes, and in 2016 they were able to detect with the help of high-tech equipment a laser-interferometric gravitational-wave observatory, or simply LIGO, thus confirming the centenary theory of Einstein.

This is indeed a very important discovery for astronomy, since it proves much of Einstein’s general theory of relativity and allows, with the help of devices such as LIGO, to determine and follow events of enormous cosmic scales in the future. 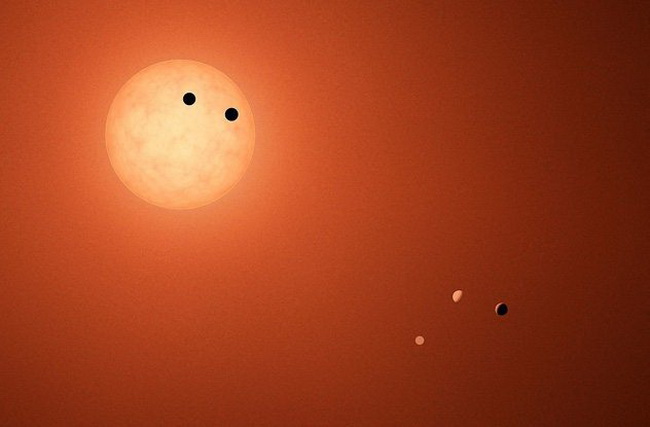 TRAPPIST-1 is a star system located about 39 light years from our solar system. What makes it special? A little if you do not take into account its star, which has 12 times less mass compared to our Sun, as well as at least 7 planets circling around it and located in the so-called Goldilocks zone, where life can potentially exist.

Around this discovery, as expected, there are now heated debates. It even goes so far as to say that the system can be completely unsuitable for life, and its planets look more like unsightly, spaced out space cobblestones than our future interplanetary resorts. Nevertheless, the system deserves absolutely all the attention that is now focused on it. Firstly, it is not so far from us – only in some 39 light years from the solar system. On a space scale – around the corner. Secondly, it has three earth-like planets in the inhabited zone and are, perhaps, the best targets for today to search for extraterrestrial life. Thirdly, all seven planets can have liquid water – the key to life. But the probability of having this is above all on exactly three planets that are closer to the star. Fourthly, if there really is a life, then we will be able to confirm this without even sending a space expedition there. Telescopes like JWST, which are going to be launched next year, will help solve this issue.