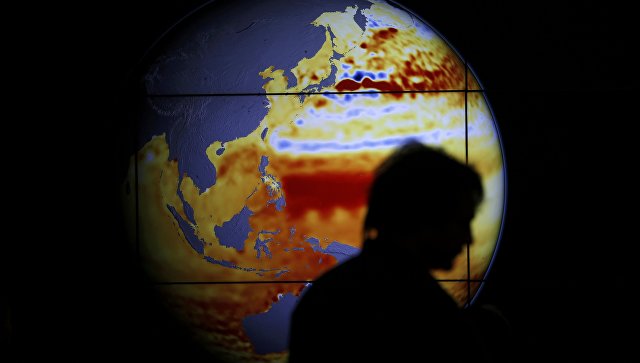 Unusual delay of rates of global warming in the first decade of 21 centuries could be connected with the fact that plants reacted to increase in a share of CO2 in the atmosphere and began to absorb more carbonic acid, than earlier.

“Unfortunately, increase in appetites of plants isn’t enough to stop climate change. We showed that vegetation really absorbs more CO2, than earlier, and explained why it occurs. On the other hand, we don’t know what part of flora most quicker absorbs carbonic acid and as this growth will be long and that it means for climate of Earth” — Trevor Keenan from university of California in Berkeley (USA) declared.

Climatologists are interested in the reasons of mysterious “delay” of climate change which we observe, since 1998 long ago. Yet among scientists there is no consensus into the account of what causes this delay. Part of them attribute this role to the waters of the World Ocean which are actively absorbing carbonic acid, and others — to anthropogenous aerosols in the atmosphere of Earth.

Rather recently British researchers assumed that this delay could not exist actually, and arise because of change of a method of measurement of temperatures by means of sea anchor buoys.

Keenan and his colleagues came to a conclusion that delay really existed and that it was connected with how plants react to increase in concentration of CO2 in the atmosphere, having compared how CO2 share in the atmosphere since 1960 till present and amount of the biomass made by vegetation changed.

Using these data and computer models developed based on the data obtained by the Intergovernmental Panel on Climate Change in case of the UN (IPCC) scientists came to a conclusion that plants absorb at 60 billion tons of CO2 more today, than they did it in 1900, despite reducing in the square because of mass deforestation. It as scientists consider, and slowed down growth of global warming and stopped increase in a share of CO2 in the atmosphere on an indicator in nearly 2 parts on one million a year.

This braking, according to climatologists, is connected with two factors – increase in efficiency of photosynthesis because of higher share of CO2 in the atmosphere and growth of the efficiency of breath of plants (at the night of a plant, as well as animals, consume oxygen, though not in such large numbers). About 73% of this increase in productivity of plants, and on the second – about 26% fall to the share of the first factor.

As scientists emphasize, increase in a share of CO2 in the atmosphere all the same continues, only this process happens not so quickly as specifies growth of anthropogenic emissions of greenhouse gases that. Plants will hardly be able to stop global warming, and isn’t clear yet whether they will be able to increase further the productivity in process of growth of a share of CO2 in air, climatologists conclude.