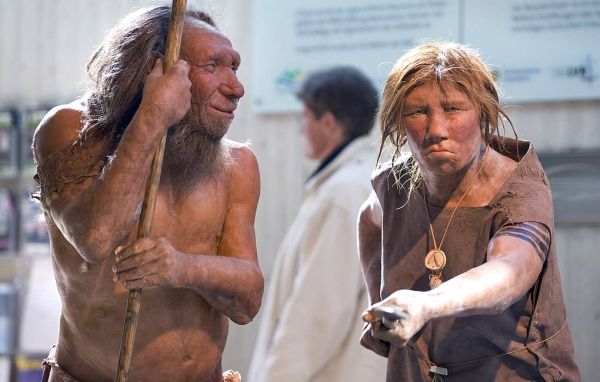 The study of the anatomy of the bones and fingers of the Neanderthals showed that they were unlikely to be good at sewing and threading needles, but at the same time they were very skillful with spears, hammers and other tools with long handles. An article with the result of the research was published by the scientific journal Scientific Reports.

A team of scientists led by Ameline Bardot, an anthropologist at the University of Kent (UK), discovered serious discrepancies in the shape and structure of the thumbs and hands of Neanderthals and modern humans. These differences indicate that the first aborigines of Eurasia used their hands differently from the way Homo sapiens did. “They were able to extend and tilt their thumb more strongly, which allowed them to firmly hold tools with long handles,” the researchers write in their article.

Neanderthals penetrated the territory of Eurasia long before Homo sapiens. For hundreds of thousands of years of existence, they managed to adapt to the harsh conditions of the glacial era.

For example, the muscles and humerus of the Neanderthals were adapted for strong spear strikes, and their barrel-shaped rib cage allowed for deeper breathing, easier to endure physical activity and endure strong blows – both from the hooves and paws of animals, and from enemies. As geneticists recently discovered, other unusual traits of Neanderthals, such as their particularly large and fleshy nose, arose by accident.

Bardot and her group tested the findings of German anthropologists who, after reconstructing the muscle and tendon structure of Neanderthals, decided that the fingers and hands of Homo neanderthalensis were more like the hands of tailors and artists than laborers. Researchers assessed the mobility of the Neanderthals’ thumbs. To do this, they collected several hundred hand bones belonging to five different Neanderthals who lived in France, Iraq and Israel about 50-70 thousand years ago, and compared them with how similar elements of anatomy were arranged in five ancient Homo sapiens of those the same regions of Eurasia, as well as five modern people.

It turned out that Neanderthals really did not yield to modern humans and Cro-Magnons in accuracy of movements, but only when it came to using tools with long handles. Otherwise, due to the peculiarities of the anatomy of the hand, they had to cope worse than the Cro-Magnons.

The thumb of the Neanderthals could be more extended and bend to the side, but much worse bend inward and move to the sides. On the one hand, this allowed them to firmly hold spears, hammers and other tools with long handles in their hands. On the other hand, it made it difficult to manipulate small objects, pinching them between the fingers.

Modern people and late Cro-Magnons in this respect differed from Neanderthals much more than the most ancient representatives of Homo sapiens. Scientists suggest that this reflects the course of evolution over the past hundred thousand years, which led to the adaptation to work with needles, scrapers without handles and other small objects.