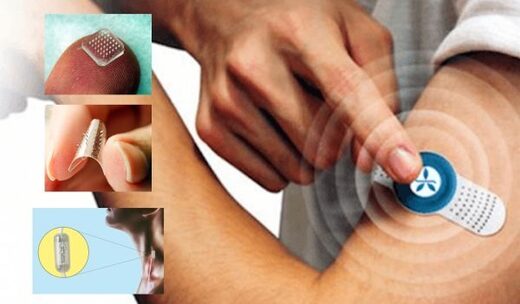 In mid-May, Donald Trump announced he was appointing Dr. Moncef Slaoui, a former executive with vaccine manufacturer GlaxoSmithKline, to lead Operation Warp Speed, the public-private partnership launched by the Trump administration to rapidly develop and distribute a COVID-19 vaccine. Dr. Slaoui was a Professor of Immunology at the University of Mons, Belgium. Slaoui earned a Ph.D. in Molecular Biology and Immunology from the University Libre de Bruxelles, Belgium and completed postdoctoral studies at Harvard Medical School and Tufts University School of Medicine, Boston.

Following his education, Slaoui joined the pharmaceutical industry, serving on the board of Directors of GlaxoSmithKline between 2006 through 2015. Slaoui served in several senior research & development (R&D) roles with GlaxoSmithKline during his time with the company, including Chairman of Global Vaccines.

More recently, Slaoui sits on the boards of several pharmaceutical companies and biotechnology organizations. In 2016, Slaoui was appointed to the Board of Directors of Moderna Therapeutics, a biotech company that is leading the way for messenger RNA (mRNA) therapeutics and vaccines. Moderna is also developing one of the COVID-19 vaccines which might be administered to the public.

When Slaoui was appointed to head Operation Warp Speed critics noted the conflicts of interest related to him leading the effort to develop a COVID-19 vaccine while holding stock in two of the leading vaccine manufacturers. Slaoui said he would sell his Moderna stock worth a reported $12 million and resign from the board of directors. However, in a recent interview Slaoui said he was keeping around $10 million of stock in his former company, GlaxoSmithKline, calling the shares his “retirement.”

ProPublica also reported that although Slaoui “committed to donating any increase in the value of his holdings to the National Institutes of Health”, Slaoui’s contract with the government specifies that the donation “may occur on the last death of the employee and his or her spouse.” Slaoui is currently 61 years old. This means Slaoui will profit off of his shares – and the COVID-19 vaccines – for the rest of his life.

Another conflict involves federal laws that require government officials to reveal personal financial records and divest from companies related to their work. Slaoui would not take the job under those conditions and instead was hired as a contractor. This move allows Slaoui to operate under different ethical and financial rules.

The criticisms about Slaoui’s involvement in OWS go well beyond financial conflicts of interest, however. One other area of concern is the fact that several of the companies connected to Slaoui are involved in the emerging field of bioelectronics. Slaoui is currently partner at MediciX investment firm,chairman of the board at Galvani Bioelectronics, chairman of the board at SutroVax and sits on the boards of Artisan Biosciences, Human Vaccines Project and the aforementioned Moderna Therapeutics.

Galvani Bioelectronics was formed out of an agreement with Verily Life Sciences LLC (formerly Google Life Sciences), an Alphabet company, and GSK. The goal is to “enable the research, development and commercialisation of bioelectronic medicines.” Bioelectronic medicine is a relatively new research field focused on tackling chronic diseases by using “miniaturised, implantable devices that can modify electrical signals that pass along nerves in the body, including irregular or altered impulses that occur in many illnesses”. GSK has been active in this field since 2012 and has stated that chronic conditions such as arthritis, diabetes and asthma could potentially be treated using these devices.

GSK called the partnership an important step in their research of bioelectronics. GSK stated that if they are successful at using “advances in biology and technology” to “correct the irregular patterns found in disease states, using miniaturised devices attached to individual nerves”, this method would be a “new therapeutic modality alongside traditional medicines and vaccines.”

Galvani’s plan to use miniature implantable devices within the body was described by MIT Technology Review as “hacking the nervous system.” In 2016, Slaoui said, “We hope to have approval and be in the marketplace in the next seven to 10 years. It’s not science fiction. And it’s progressing quite well.”

Slaoui’s connection to Galvani Bioelectronics and their implantable devices feeds into public fears regarding the potential for COVID-19 vaccines to involve some sort of tracking mechanism which allows the authorities to monitor the vital signs and location of patients. As Whitney Webb has reported, Slaoui recently stated the U.S. government will partner with Google and Oracle to monitor vaccine recipients for up to two years. These “incredibly precise . . . tracking systems” will “ensure that patients each get two doses of the same vaccine and to monitor them for adverse health effects.” Webb also noted that a New York Times interview with Slaoui referred to this “tracking system” as a “very active pharmacovigilance surveillance system.”

Slaoui’s favorite philanthropist Bill Gates also has a history of funding Vaxxas, a biotech firm focused on developing a vaccine patch which could eventually deliver a COVID-19 vaccine.

The announcement also states that “Vaxxas is actively investigating opportunities to improve performance of other pandemic vaccines including against COVID-19.” Additionally, Vaxxas CEO David Hoey recently stated that the device could “make many more doses more quickly in a pandemic response.” These statements may indicate that Vaxxas’ patch could be used as a method to administer an eventual COVID-19 vaccine as part of the Operation Warp Speed vaccination efforts.

The Vaxxas “Nanopatch” includes a “9-by-9 mm array of thousands of very short projections around 250 microns in length.” These projections are “coated with vaccine” and reportedly deliver vaccines more efficiently than a needle and syringe. The patch comes in a “hockey-puck-shaped applicator” that is pressed on the skin to deliver the vaccine.

Vaxxas was founded in 2011 to market the Nanopatch and has since licensed the Nanopatch technology to pharmaceutical company Merck, as well as partnered with the World Health Organization and the Bill & Melinda Gates Foundation. Indeed, in November 2016, the Gates Foundation awarded $4.4 million to Vaxxas for the development of a “Nanopatch microarray patch technology for the delivery of measles rubella vaccine.” In March of this year, the Gates Foundation gave Vaxxas another $5 million to conduct human clinical trials using the Vaxxas patch for the measles and rubella vaccine.

The nanopatch is based on technology originally developed by Professor Mark Kendall’s research group at the Australian Institute of Bioengineering and Nanotechnology at The University of Queensland. Professor Kendall is also the CEO of WearOptimo, a company which markets “microwearable devices”. Kendall is also listed as an “Agenda Contributor” with the World Economic Forum, the international organization behind the promotion of The Great Reset. The WEF site notes that Kendall contributed to “biolistics technology”, a specific set of gene editing sometimes known as a “gene gun” or biolistic particle delivery system to deliver DNA vaccines. Kendall’s vaccine delivery system “fires” micro-particulate vaccines into the skin at 1500 miles per hour.

While the U.S. government, military, and pharmaceutical companies collaborate on a rushed COVID-19 vaccine, more Americans are beginning to question the safety and purpose of Operation Warp Speed. In the last 9 months it has become clear that nearly every aspect of OWS – and the fight against COVID-19 in general – involves financing from the Gates Foundation. The biotech and pharmaceutical companies working with the Gates Foundation are increasingly focused on the promotion of biosensors and patches, wearable technology, and implantables.

When President Trump first announced the appointment of Dr. Moncef Slaoui he also promised Americans the first 100 million doses of vaccine would arrive in October, followed by hundreds of millions more doses in December and January. As the deadline quickly approaches, Americans are left wondering if the influence of Big Pharma and the Bill and Melinda Gates Foundation is a sign that they should join the growing chorus of people who say they will not voluntarily sign up for a COVID-19 vaccine.