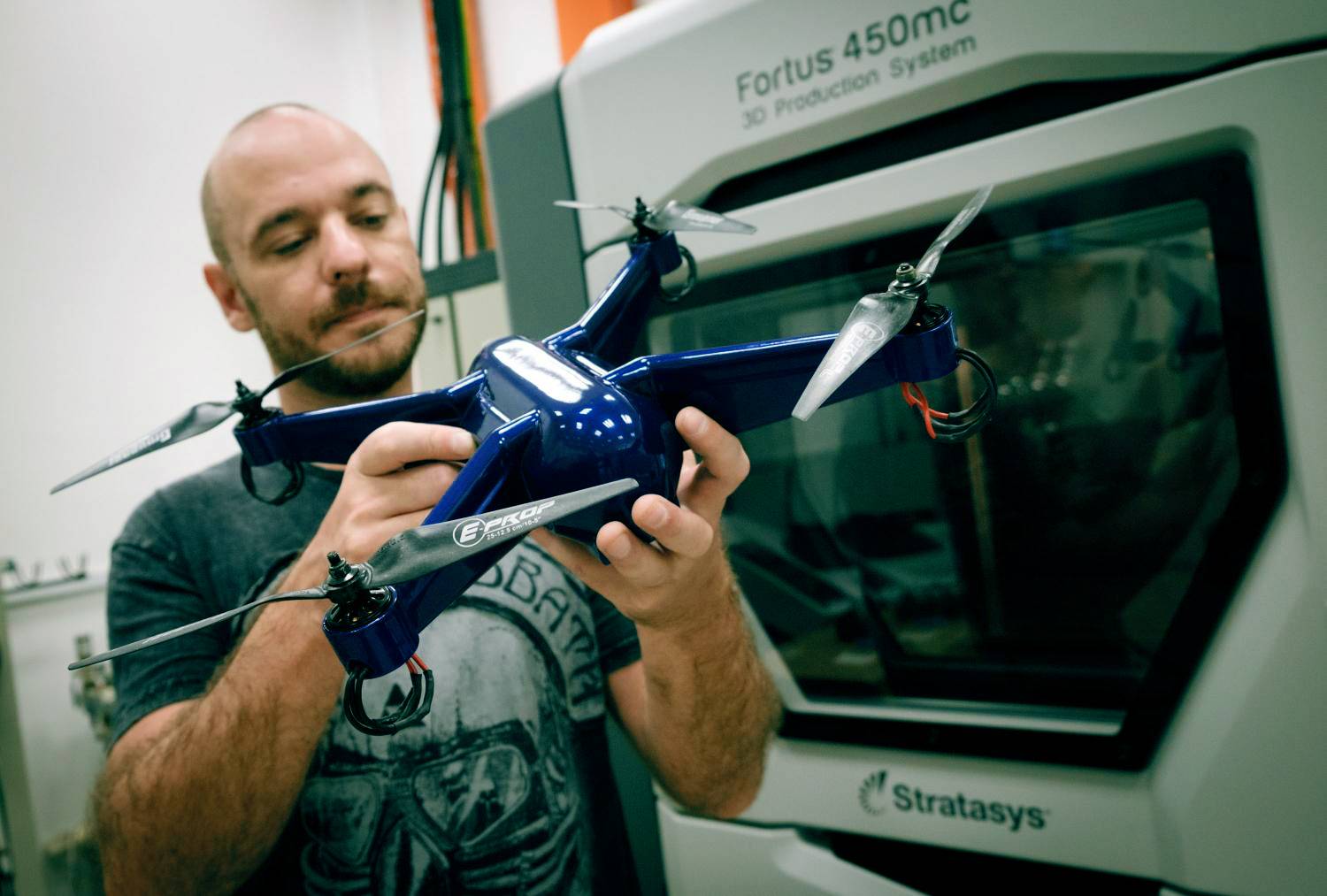 The Singapore engineer Phillip Keane by means of 3D – a seal made the quadcopter with the non-demountable case which can maintain extreme service conditions. About it it is reported in the press release of Nanyansky technological university.

The case of modern quadcopters is compound. As a rule, it consists of parts on which internal components then gathers by means of screws are mounted. In turn, the continuous case allows to manufacture stronger device, at the same time the UAV won’t be afraid of water and dust. However such method of production is more difficult, expensive and is seldom applied in serial production.

For creation of the drone the author of the project used ULTEM 9085 thermoplastic and the Stratasys Fortus 450mc printer. In operating time the printer stopped three times to give the chance to install internal components of a design: an electronic payment, engines, wires, and also a plate which closes a cavity for the accumulator. The turned-out quadcopter can maintain environment temperature to 150 degrees Celsius.

Despite a weak spot — the accumulator of the device can’t sustain heating over 100 degrees Celsius — it considerably exceeds possibilities of analogs. So, the popular quadcopter DJI Phantom, according to official information, is steady only against impact of temperature to 40 degrees Celsius. At the same time Kean notes that he set as the purpose to create not the heat-resistant drone, but rather non-demountable case.

Also the device turned out strong. Tests on the simulator showed that one shoulder of the quadcopter can sustain loading to 20 kilograms that, taking into account various amendments, corresponds to 17 kilograms under natural conditions. Thus, all case of the new drone can sustain freight weighing more than 60 kilograms. However so far its engines and propellers aren’t expected such load-carrying capacity.