The human gait corresponds to the golden section 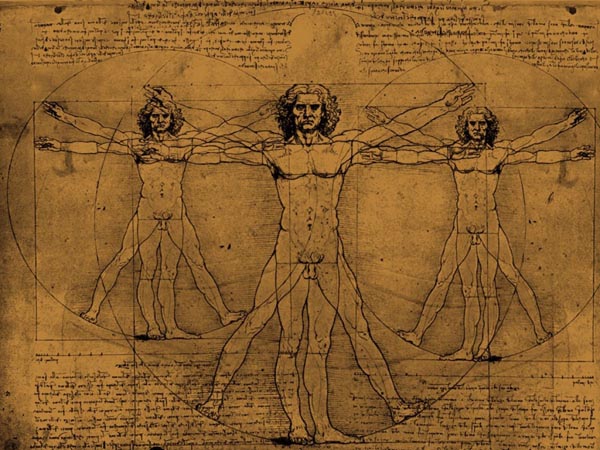 Using the methods of game theory, scientists came to the conclusion that the optimal human gait corresponds to the golden section. This irrational number (φ = (1 + √5) / 2 ≈ 1.618 …) should be equal to the ratio of the duration of the entire walk cycle (two steps, the period of repetition of the action) to the support phase (the duration of contact of one foot with the surface).

Human walking is a complex process involving the joint work of hundreds of muscles, bones and joints in order to create well-functioning movements. For this, a person must constantly find a balance between moving forward and maintaining balance. To numerically describe the mechanics of walking, scientists have already used a variety of computational approaches, from the pendulum model to the fractals.

In the new work, walking is considered from the point of view of game theory – a subsection of optimization theory. The authors managed to show that the compromise between movement and stability is achieved like an optimal solution in the economic game “Ultimatum”. In this game, one participant is invited to split a certain amount of money between themselves and another participant. The second can either accept the proposed conditions, or refuse – then no one receives money. Experiments have shown that proposals of less than 20% of the amount are rejected often, but the strategy of dividing money with respect to the golden section is optimal in terms of the first player’s profit.

The golden section, often attributed to the “magical” meaning in mathematics, arises in many problems of mathematics. One of the first geometric constructions was considered by Euclid in the 3rd century BC. Also, many physical and biological systems, including those of a fractal nature, are described by solutions involving the golden section. The authors of the new work hope that their research will help to understand the importance of harmony of the ratios in walking, and will also allow the development of new numerical estimates of the effectiveness of the movement of self-propelled humanoid robots and neurological diseases intended for rehabilitation.