The human heart is aging faster other organs 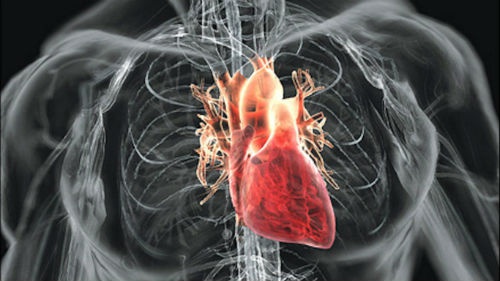 80% of people’s hearts does not match their biological age, and are older than the rest of the body. Experts from University College London who carried out the study, blamed the phenomenon of obesity and lack of physical activity.

Premature aging can strike not only at the whole person, but also by its individual organs in particular. A study involving 575 000 people showed that 80% of the heart is older than the people themselves. In some of the most severe cases of men and women aged 45 years had hearts, which usually occur in 60 years. The study’s authors blame an unhealthy lifestyle, including obesity and lack of physical activity.

Prematurely old heart increase a man’s risk to encounter cardiovascular disease, and in General shorten his life expectancy. In developed countries heart disease is the most common cause of death followed by cancer. British scientists obtained the results of the study are very eloquent reminder of the importance of physical activity and fight obesity. In the UK two thirds of adults are overweight or obese – this is the worst figure in Europe.

The study, in particular, showed that 89% of men younger than 40 years old possess hearts. Among women this proportion is 41%. The researchers explain this by the fact that women are much better men take care of themselves. Every seventh adult has a heart that is 10 years older than the rest of the body, and each of the 14th, the gap is 15 years.

In this regard, the experts remind that in developed countries, there is an epidemic of cases of high cholesterol, hypertension and diabetes, and all this greatly increases the likelihood of developing deadly heart disease.