The Humans of the Future 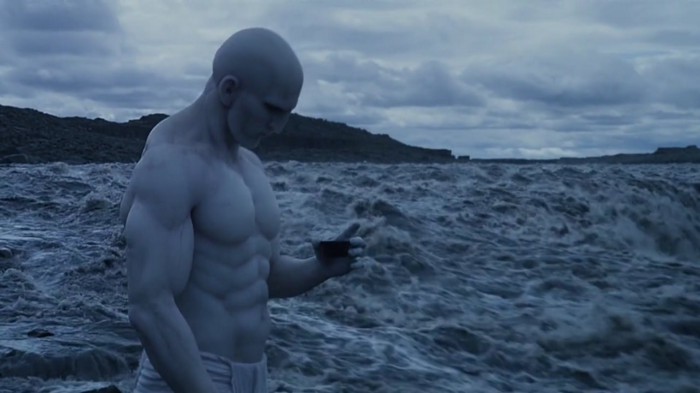 Many of my thoughts are concerned with futurism — in particular, what will the world look like in 20, 50, 100 years? What will we look like?

If we do not destroy ourselves through nuclear war or some other unforeseen catastrophe, I believe that me and you are likely one of the last generations of “(semi-)pure” humans in existence.

The human beings of the future will be completely different than us in nearly every way. The ways that they will be augmented can essentially be placed in two categories : cybernetic augmentation, and genetic engineering. Note that these are not exclusive, and will likely be used synergistically. A small negligible minority of people may choose not to undergo augmentation, similar to the diaspora of the Amish.

Humanity 2.0 will involve a new type of human that is cybernetically and biologically augmented. Future members of the human species will transform themselves through the mechanisms of technology and genetics to ultimately become something that will no longer resemble us at all.

Future improvements in robotics and artificial intelligence will allow humans to augment themselves using the tools of technology to become cyborgs.

Artificial symbiosis is tied to cybernetic augmentation in the sense that it is integrating a machine-like cognition into our biological self.

My contention can be broken down into a simple thought experiment: let us say you have a glass of water. You then pour coke into the glass of water such that the amount of water is now about 20% and the amount of coke is 80%. Now, take a sip — what are you drinking? You are drinking coke with a slight watery aftertaste. Replace the coke will A.I. and the water with human intelligence, and what you see is that any human behaviour will likely be overpowered by the artificial intelligence. The symbiosis argument is a lie, it is a take-over.

If A.I. symbiosis takes place, the intelligence of human beings will drastically increase. Any level of mathematical calculation would become seamless, any information as simple as looking it up through a memory bank.

Human beings are intrinsically flawed, distracted, and hopeless creatures. We fall in love, watch reality TV, sit around campfires, and engage in democracy. All of these things are contrary to any level of rationalism. In other words, human beings are irrational; and any rational being is surely not a human being. Higher levels of intellect are correspondent with higher levels of apathy towards human activities. The shift in human behaviour due to A.I. symbiosis will be the defining factor of Humanity 2.0 — it is the thing that separates us as upright apes relative to our high-IQ augmented descendants.

Globally, populations are set to decline drastically over the coming century. The birth control pill, an invention on the same or greater scale as the atom bomb in terms of impact on human behaviour, has changed everything. As with any great invention, another invention must be placed on the other end of the seesaw to balance things out. This invention is reproductive technology.

Scientists will not only find ways to genetically engineer human beings — but to genetically modify them as well. This will allow us to build our societies in extremely controlled and calculated manners. DNA augmentation and CRISPR technologies will allow overseers to calculate the traits and values imbued in every member of society.

For example, scientists may have a specific DNA genomics sequence that grants them higher mental reasoning, and cognitive acuity. Soldiers would have higher endurance, strength, and willingness to listen to orders.

A more pernicious concept: engineered slavery. Specific human beings would be born without the capabilities to feel sadness or fear, and would be the lower caste designed specifically as slaves and as a low-cost mechanism for human production.

Trait modification would enable all of us (or those of higher-incomes) to “choose” what we would like to be. Higher IQ? Check. Black curly hair or a strong jawline? No problem.

There are many avenues to go down here, but one thing that is painfully obvious to see is how easily this would be accepted by nearly all members of human society. It starts reasonably, with parents being told their child will likely be born with a debilitating illness; then they are given the choice of genetically engineering their baby to be born healthy. But why stop there when there are so many other modifications you could make? Moreover, what country would not spend any amount of money to have this level of control over its future citizens?