The idea of hyper-pipelines is getting closer to reality 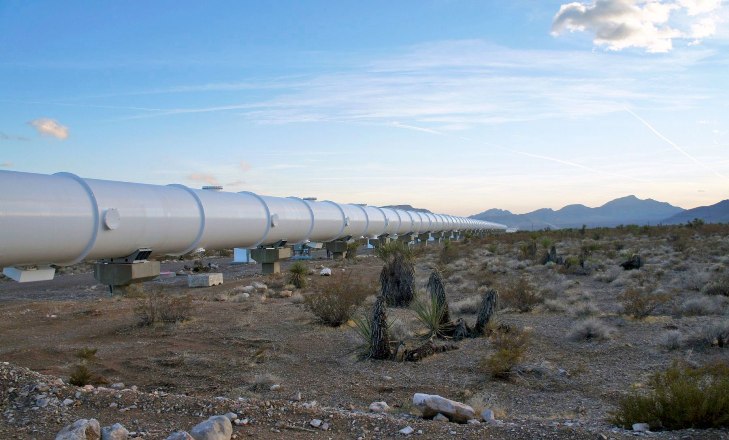 In the five years that have elapsed since Ilon Mask first introduced a plan to create a system, which he called a hyper-loop, there have been many events. In order to retro-futuristic dream Mask on the vacuum tube was implemented, hundreds of people and hundreds of millions of dollars were involved in the work. And in 2018, several important statements were made about the future of this project.

There are several companies that compete for being the first to create a fully functioning vacuum tube. The most notable success was achieved by Virgin Hyperloop One. Their biggest achievement was the creation of a part of the $ 300 million DevLoop collected for the project, a test design of 500 meters in length. DevLoop, located in the Nevada desert, has become a testing ground for new technologies.

Since DevLoop is just a 500-meter pipe, a small gondola can accelerate inside it to high speed for only a few seconds, and then turn on the braking. However, despite this, the test unit XP-1 reached a speed of 387 kilometers per hour, confirming the promise of the technology.

Most likely, the first working hyper-loop in the world will be built not in the US, but in India. Earlier this year, Virgin Hyperloop One signed an agreement with the Indian state of Maharashtra to conduct a feasibility study for the construction of a pipe between Pune and Mumbai. The current hypertip – more precisely its short segment – can appear here by 2021.

Participation The mask in the project did not go beyond pushing a new idea into the world. He, in his own words, is too busy with other projects, SpaceX and Tesla. However, his position began to change last year, when he wrote on Twitter, that he got permission to build a transport pipe between Washington and New York.

Vacuum-tube systems are not something new, and the first active developments appeared a hundred years ago. But for various technical, political and economic reasons, these attempts failed. Hyperloop One with its working test tube, at least, demonstrated that modern engineering thought can do what was not in Izambard Brunel’s strength in 1848. However, the following steps will be much more difficult: it is necessary to awaken the public interest in the construction of the system and find those who will be ready to take on all the expenses.