The immune system controls the social behavior of man 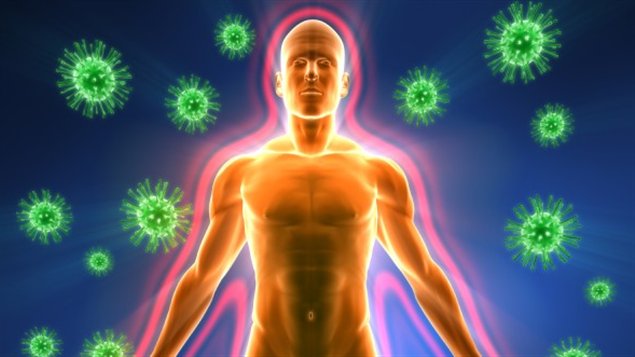 It turned out that the immune system can control social behavior. “It sounds crazy, but maybe we are just multicellular battlefield of two ancient forces: pathogens and the immune system. Part of our personality may actually be under the control of immunity,” the researchers say.

American scientists have discovered that the immune system participates in the regulation of neural circuitry and social behavior. The results are published in the journal Nature.

Staff from the Universities of Virginia and Massachusetts used in his work of mice with congenital severe combined immunodeficiency (defeat of the system of acquired immunity). In a standard three-chamber socialization test on these animals, in contrast to the healthy, asked relatives no more than inanimate objects. In this anxiety, motor and olfactory deficits, they were not observed.

Held in the resting state fMRI has revealed immunodeficient mice dramatically increased the number of neuronal connections between multiple areas of the frontal cortex and insular gyrus, responsible for social behavior. A similar pattern is observed in people with autistic spectrum disorders and animals with experimental social disorders.

At the age of four weeks, the mice with immunodeficiency introduced normal T-lymphocytes. After another four weeks the animals in the test on socialization did not differ from healthy. Neuronal connections in the relevant parts of the brain also returned to normal.

Introduction healthy animals, antibodies to VLA4 integrin preventing the infiltration of T-lymphocytes in the meninges; caused violations of socialization, similar to the behavior of immunodeficient mice.

To understand what signaling pathway dependent on T-lymphocytes (interferon-gamma, interleukins 4/13, 17, and 10, transforming growth factor beta), affect social behavior, researchers conducted an analysis of representation of functional groups of genes (GSEA) in 41 transcriptome of the cerebral cortex of rats and mice after different stimuli. These incentives included social aggregation, sleep deprivation, stress, administration of psychostimulants, antidepressants, anticonvulsants and antipsychotics. It turned out that when social aggregation and taking psychostimulants increases the expression of genes regulated by interferon-gamma.

Further study has shown that mice with the deficiency of this mediator of immunity are observed the same social disorders of neuronal connections that in animals with immunodeficiency. The introduction of interferon-gamma in cerebrospinal fluid eliminate these violations. Then scientists found that the neurons of the prefrontal cortex Express receptors for interferon-gamma, and that suppression of this expression leads to disorders of social behavior.
Experiments with freshly prepared samples of neurons showed that interferon-gamma suppresses the activity of neurons by increasing the level of inhibitory neurotransmitter, GABA. This means that violations of socialization in immunodeficiency caused by excessive activation of cells of the prefrontal cortex.

Given that interferon-gamma is also an important mediator of the immune response, scientists have suggested that this double action was the result of an evolutionary need to boost immunity while in the company of other dogs, where intense is the spread of pathogens. To test this hypothesis, the researchers analyzed publicly available transcriptome the representatives of various species, including rats, mice, fish, zebrafish and Drosophila. GSEA showed that all of these animals being in close community activates immune mechanisms even in the absence of infection, and isolation, on the contrary, inhibits them.

Thus, the immune system is an important regulator of social behavior, and a number of behavioral traits could appear in the process of evolution in the struggle of immunity to infections. “It sounds crazy, but maybe we are just multicellular battlefield of two ancient forces: pathogens and the immune system. Part of our personality may actually be under the control of immunity”, — said the head of Jonathan Kipnis (Kipnis Jonathan). The results obtained can significantly affect the understanding of the causes of autistic spectrum disorders and schizophrenia, and also approaches to treatment of these conditions.